The Rabbitohs stole a late win against the Cowboys in round 14 while Manly are coming off a tough late loss to Newcastle that added to their injury woes.

The win was the third straight for the eighth-placed Rabbitohs, who now have a four-point buffer over the equal ninth-placed Sea Eagles. Manly's third straight loss leaves them with plenty of work to do to try and force their way into the finals zone.

That task hasn't been made easier by yet another long-term injury that fullback Brendan Elliot (ACL) picked up in round 14.

Rabbitohs: A late change with Dane Gagai out of the side and his place in the centres taken by Steven Marsters, who came into the squad when the club was given an exemption to bring him into the squad for Jack Johns.

Bayley Sironen has been named to start in the second row in place of the suspended Liam Knight despite being hampered by a leg injury last week.

Corey Allan and Troy Dargan were the two players omitted the day before the game and Jed Cartwright was cut an hour before game time.

Sea Eagles: Adddin Fonua-Blake passed his Friday fitness test and will make an early return from a knee injury in the front row in jersey No.21. Martin Taupau will revert to the bench and Haumole Olakau'atu drops out.

Joel Thompson won't play after having battled a gruesome tongue injury all week. Corey Waddell takes his spot in the starting side. An ACL injury to stand-in fullback Brendan Elliot means Reuben Garrick returns to the back with Jorge Taufua recalled on the wing. Thompson and Morgan Boyle were the two players left out 24 hours before the match.

Cade Cust will play despite some bumps last week, while Jack Gosiewski, who also copped some bruises, is on the bench. Jake Trbojevic has lost all eight NRL games at ANZ Stadium.

Adam Reynolds v Daly Cherry-Evans. The Bunnies simply do not beat the Cowboys in round 14 without their little general, who capped an outstanding game with a match-winning field goal.

Meanwhile, DCE has been trying everything to drag his team over the line but things aren't quite going the way of the Kangaroos No.7 lately.

The Rabbitohs conjured a win over the Cowboys in round 14 despite holding just 43 per cent of possession for the match. The Sea Eagles fell agonisingly short of victory against Newcastle despite being on the wrong end of an 11-4 penalty count. 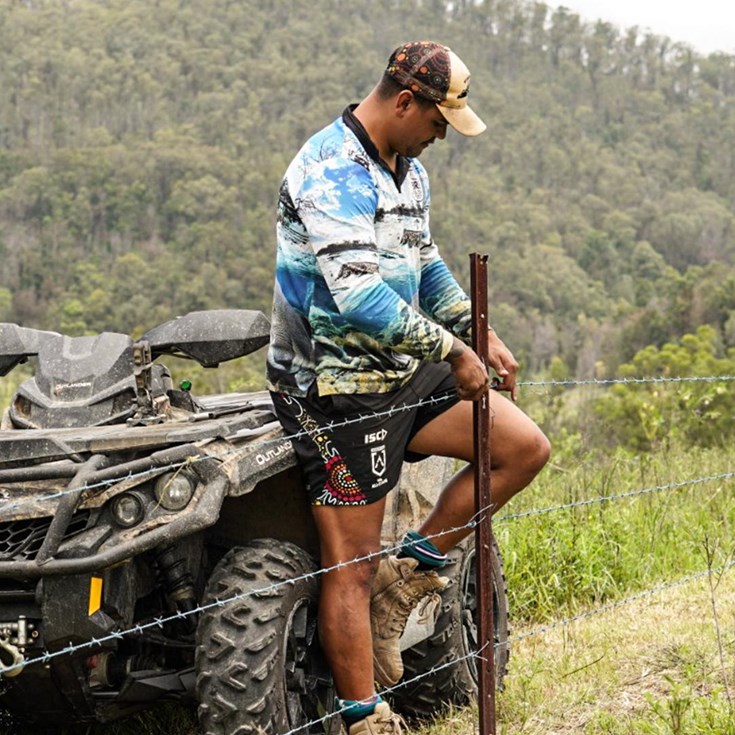 Hard yakka in the off-season with Latrell