Embarrassed and walked over.

Newcastle prop Jacob Saifiti says the forward pack hasn't forgotten about being completely manhandled by a Jason Taumalolo-led Cowboys outfit in round seven.

Taumalolo ran for a game-high 297 metres as the Cowboys stormed out of the bocks to lead 26-0 at half-time before prevailing 32-20 in Townsville.

Although the Knights rallied in the second half the defeat raised questions over their premiership credentials after a solid start to the year.

"To be realistic they embarrassed us last time, especially through the middle," Saifiti said on Thursday.

"We had a chat this morning in a 'middles' meeting and it's something we took personally. It's not just me but all of us. A few of us were there from last time we played them.

"We just didn't turn up and they did. No excuses, they were the better team on the day. We'll be looking to avenge that on Sunday. We've got to make sure we turn up and start fast."

Asked how Taumalolo could be stopped, Saifiti was brutally honest in his assessment of the Tongan wrecking ball.

"I don't think anyone really knows," he said.

"Not many teams have been able to stop him. He did a good job on us last time.

"He's got big tree trunks [for legs] so you must be effective when you come in otherwise you feel helpless when you're on his back and he's carrying you 10 metres.

"You're not going to stop him but contain is a better word … limit his metres. It will be a tough day for us."

Saifiti will start alongside David Klemmer for the fifth time this season after twin brother Daniel suffered another setback with his injured left knee last week.

Jacob has proven more than capable of filling the void left by his sibling, churning out an average of 138 running metres over the past month.

"Coming off the bench is like second nature to me so I'm still getting used to this starting thing until Daniel gets back," Saifiti said.

"I'm not putting that much weight on my shoulders. I just want to do the best of my abilities and complement the players around me." 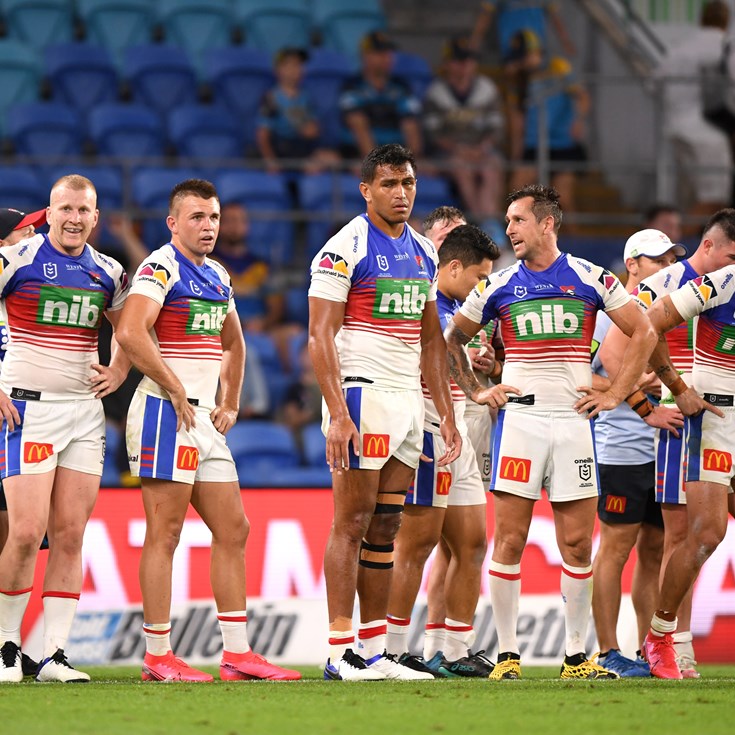