Peter Gentle is adamant Brisbane still have plenty to play for and vowed they won't produce another effort like Friday night's 58-12 loss to the Roosters.

The caretaker coach admitted it's a "difficult" challenge to improve the 15th-placed side with four games remaining but said they aren’t short on motivators, including the desire to give veteran fullback Darius Boyd a respectable send-off from the game.

Gentle has a lot to work on before next Thursday's clash with ladder leaders Penrith after the Broncos missed 36 tackles and conceded 10 tries to the premiers at the Sydney Cricket Ground.

He declined to use Anthony Seibold's exit as coach on Monday as an excuse for their output.

"We don't help ourselves with the ball, some of the things we were doing. We were just compounding it with some decisions in defence," Gentle said.

"That right-edge got caught out, they were short of numbers a fair bit of the time in that second half.

"Defensively, again, we were good in patches. We were good for 10 minutes and then the floodgates would open. It's unacceptable and we just had a little chat there about how we fix it.

"It's probably difficult this late in the year. It's been a long year, it's been a tough year. We've got four weeks left and we're not going to serve that up for the next four weeks."

Gentle believed individual lapses were mostly to blame for the blowout scoreline, saying many of his troops "let each other down".

In some positive news for Broncos fans, Gentle indicated that big guns Alex Glenn, Corey Oates and Xavier Coates could return from injury next round, while Payne Haas and Issac Luke will be available after completing suspensions.

"If I get four of those five I'll be happy," Gentle said.

But they could be without prop Joe Ofahengaue, who was placed on report for kneeing Roosters hooker Jake Friend in the head. Gentle said he didn't see the incident clearly.

David Fifita storms through the Roosters

Five-eighth Sean O'Sullivan played his first match in almost a year following a knee injury and Gentle said he'll be "better next week".

"It's good to see Sean. He can't play Queensland Cup so he's been doing a pretty fair job when our reserve grade squad play against us so he deserved an opportunity," he said. 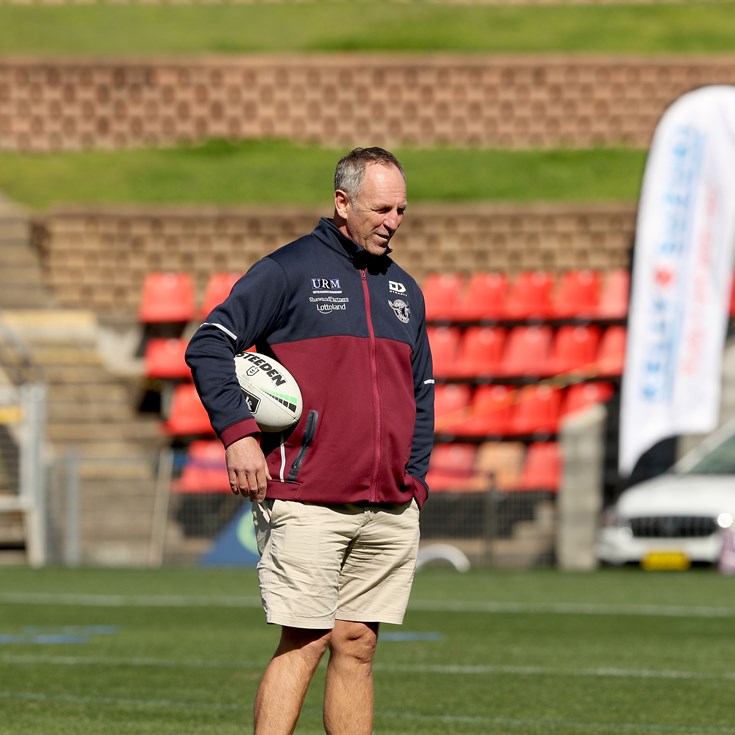