Warriors coach Todd Payten was reluctant to pin Sunday's 24-18 loss to the Eels directly on the sin-binning of lock Jazz Tevaga, but he had no trouble in disagreeing with the decision.

"I thought it was the wrong call," Payten said of the 16th-minute altercation between Tevaga and his opposition number Nathan Brown.

Payten said he had spoken in the sheds with Tevaga, who told him Nathan Brown wouldn't let go of his jersey.

"He was trying to push him off … in the context of the game it was huge and it was the wrong call in my opinion," he said.

"If anything they should both have been sent to the bin. Nathan has come back in with a questionable knee and we're trying to stamp out retaliation.

"So I don't see why one goes and not the other.

"It was an attempt to escape from the tackle and push the offending player away from him so he could play the ball. It is super-hard to defend with 12 men."

Referee Grant Atkins saw it differently and penalised Tevaga for punching, which is an automatic sin-bin offence.

"It's had a big impact on the game – we had some other chances to win the game," Payten said, declining to label the incident as the reason the Warriors lost.

"In the context of the game that put us under a heap of pressure. We lost the game by four points and they scored two tries in that 10-minute period. So it had an impact."

After the Warriors put 36 points on the Knights a week ago, Payten was ruing some of his side's errors that led to putting themselves under the pump. The Warriors never had the lead in the game.

"When you play those top-four teams you have to put the effort in exactly like we did. But we cannot have any lapses in concentration, which I thought we had a couple of moments where individuals did that."

However, the happy-go-lucky style of Warriors' past seemed to return at Gosford, producing two outstanding tries late in the first half – both scored by halfback Chanel Harris-Tavita.

His first had the ball passing through nine sets of hands, and with two kicks included, before the No.7 crashed over.

"I wouldn't say it's a conscious decision [for ad-lib play] but we encourage our guys to back themselves," Payten said.

"I think we've found a model that works for us with the rule changes that play to our strength.

"And when you enjoy your footy like we have over the past few weeks then things like that can happen.

"I believe we're a finals team – it's just a case of whether were good enough to get there." 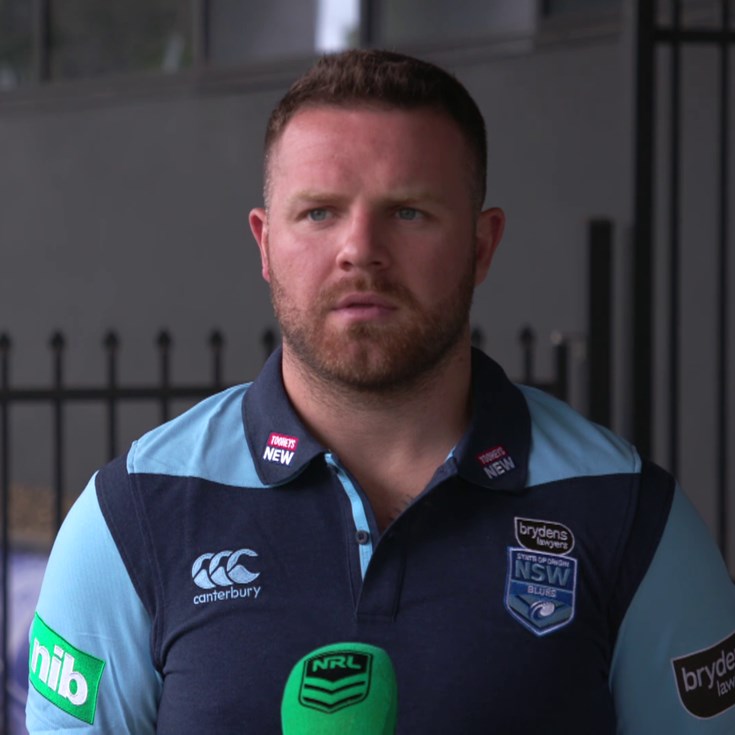 Up comes the ton, down goes Souths wall for enforcer Brown