The roles are shockingly reversed as former NRL easybeats the Titans head into their derby with Brisbane as Queensland's leading team.

Six points clear of the Broncos and four in advance of the Cowboys, the Gold Coast are already two wins ahead of their 2019 tally and in the form to add to that total.

The Titans enter the contest fresh off their first back-to-back wins of the season, having accounted for the Dragons (14-10) and Bulldogs (18-14), while Brisbane haven't claimed two points since they beat Canterbury 26-8 in round nine.

The Broncos have conceded 38.1 points per game during their eight-game losing streak to saddle them with the worst defensive record in the competition - their 548 points against a massive 121 more than the 15th-ranked Titans.

Titans: Keegan Hipgrave has been ruled out with a groin injury so young centre Treymain Spry comes into the backline in jersey No.19 and Beau Fermor reverts from centre to the forwards to replace Hipgrave.

Jai Whitbread has been added to the bench. Jai Arrow played long minutes in his return from a shoulder issue last week and could move into the starting side closer to game time.

Tanah Boyd and Darius Farmer were cut from the squad on game day after Nathan Peats was omitted 24 hours before kick-off. He is still battling a calf injury.

The Titans are aiming to defeat the Broncos twice in a season for the first time.

Broncos: Captain Alex Glenn will return from a knee injury in the back row with Ben Te'o going to the bench. Suspended duo Jordan Riki and Jamil Hopoate both drop off the interchange while Joe Ofahengaue returns from a ban.

Jesse Arthars and Ethan Bullemor were omitted from the squad on game day after Brodie Croft and Pride Petterson-Robati made way 24 hours before kick-off.

The Broncos are aiming to avoid a club record ninth consecutive loss.

Jamal Fogarty v Tom Dearden: These two young halfbacks have made strong claims to being their teams' play-making future. Dearden (15 career games) has been one of the few bright spots in Brisbane's dismal 2020 collapse while Fogarty has progressed so rapidly that he was installed as stand-in Titans captain despite still only having 17 total games under his belt.

The Gold Coast are chasing their first season double over the Broncos in the club's 14th NRL season. Five times the Titans have won the first clash of the year and failed to seal the deal in the return bout, including in both 2018 and 2019, but with all the momentum sixth time could be the charm. 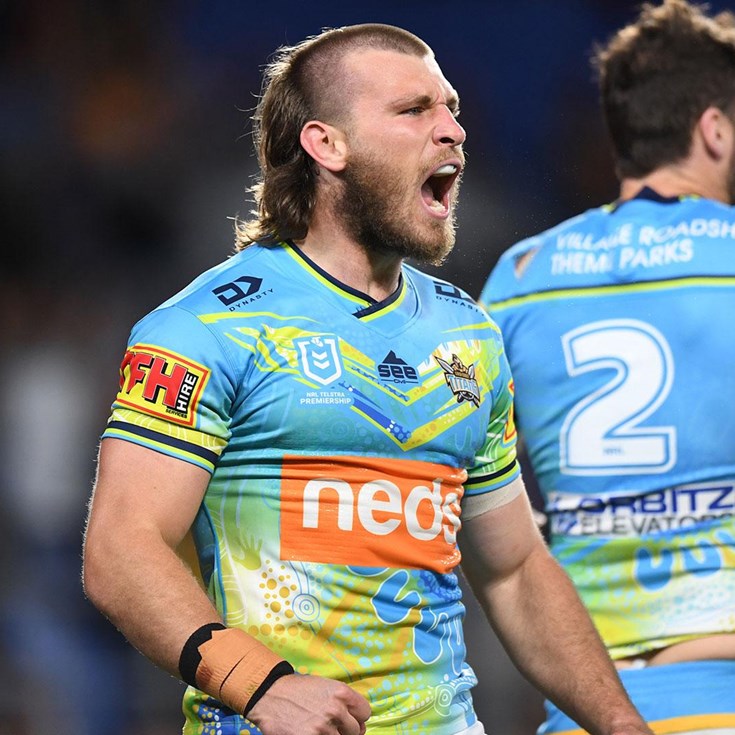 Wallace knuckles down to reach 150th

Passion driving Glenn to play on