After staging their version of The Great Escape at Lottoland last Saturday, the Wests Tigers face another tough test against the Rabbitohs.

Following a week of tumult, the win over Manly kept the slim finals hopes of Michael Maguire's side alive.

Anything less than three wins to end the season will end those dreams.

South Sydney, on the other hand, are now most likely playing to secure a home final in the first week of the play-offs with the top four looking a step too far in the wake of last weekend's loss to Melbourne.

Wests Tigers: Moses Mbye (knee) and Joey Leilua (ankle) have both been ruled out of Thursday night's game with injuries. Adam Doueihi will revert back to fullback, with Tommy Talau and Chris Lawrence filling both centre positions.

Russell Packer and Josh Reynolds were the first to be left out of the squad when it was reduced from 21 to 19 by Michael Maguire on Wednesday. Wests Tigers have conceded 30 points or more in four of their past five games.

Rabbitohs: The Rabbitohs are 1-17. Dane Gagai is set to return from a hamstring strain on the wing after being named in place of Jaxson Paulo. Tevita Tatola is out with Liam Knight starting at prop and Jed Cartwright on the bench.

Back-rower Keaon Koloamatangi has been included on the bench but must pass final HIA protocols. Centre Campbell Graham has scored six tries in his past four games.

Troy Dargan and Cory Denniss were omitted from the squad 24 hours out from kick-off.

Paulo and Ky Rodwell were cut an hour before game time.

Benji Marshall v Cody Walker. With the Wests Tigers moving on from Marshall in 2021, the future Hall of Famer needs to prove himself worthy of a contract at another club if he intends to play on. Getting the better of the talented Walker would make a strong statement.

Wests Tigers' win over Manly came with just 42 per cent of possession across the 80 minutes. They'll need to get better in that department to beat the Rabbitohs. Impressively, the Tigers missed just 16 tackles at Lottoland. 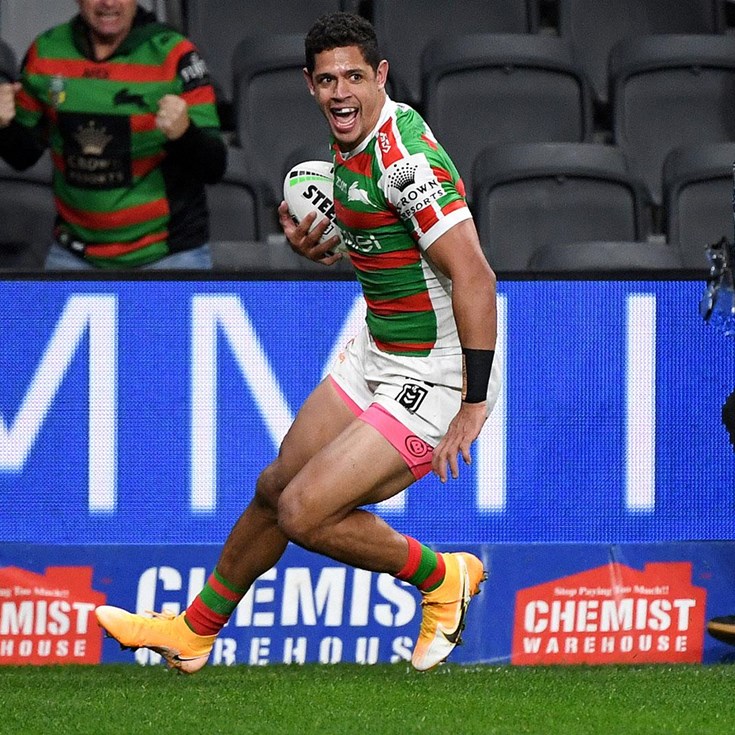