Panthers ace Viliame Kikau was found guilty of a dangerous throw charge at the NRL judiciary on Tuesday night and received a one-match ban.

Kikau was charged with a grade one dangerous throw for a first-half tackle in Friday night's 29-28 win over the Roosters.

Kikau was facing a one-week ban for the tackle on Jared Waerea-Hargreaves irrespective of whether he entered an early guilty plea or went to the judiciary and lost his case.

The verdict means Penrith have the make the grand final for him to play again this year.

Storm hooker Cameron Smith has elected to take the early guilty plea after he was charged for a dangerous throw in his side's win over Parramatta and will avoid suspension.

Melbourne officials were seriously considering contesting the charge at the judiciary on Tuesday night even though their skipper would have been suspended for next Saturday's preliminary final if found guilty.

Smith has entered an early guilty plea and cop the 75 demerit points, enabling him to play the grand final qualifier against the winner of this Friday's Roosters v Raiders semi-final.

He will now only play again this season if the Eels make the grand final.

Knights hooker Chris Randall has accepted a two-match suspension after pleading guilty to a crusher tackle offence from his side's loss to South Sydney.

Due to having a 20 per cent loading for a previous suspension and 45 carry-over points, Randall was facing a two-week ban irrespective of whether he entered an early guilty plea or challenged the case at the judiciary and lost.

The tackle in question was a 69th-minute incident involving Rabbitohs five-eighth Cody Walker.

Sharks duo Sione Katoa and Siosifa Talakai have been fined $550 each for incidents in their team's loss to Canberra, as has Roosters prop Jared Waerea-Hargreaves ($850) for a careless high tackle on Panthers fullback Dylan Edwards. 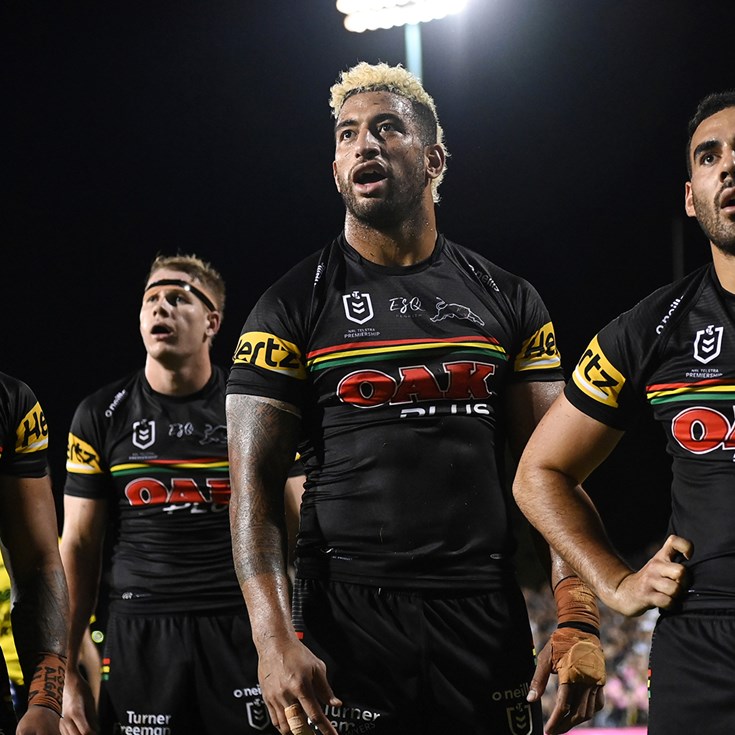