Last October the Roosters beat the Raiders in the grand final to secure back-to-back Telstra Premierships. Now the two teams meet in a sudden-death final at the SCG.

The Roosters enter the match having lost their past two matches, including a thrilling 29-28 defeat at the hands of Penrith in a qualifying final. while the Raiders overcame a slow start to end Cronulla's season in an elimination final.

The teams met twice during the regular season, with the Raiders winning 24-20 at the SCG in round 10 before the Roosters prevailed 18-6 at GIO Stadium in round 17.

A date with the Storm in a preliminary final awaits the winner of this contest.

Lachlan Lam is the other match-day omission.

A double boost for the premiers with hooker Jake Friend (head knock) and interchange forward Sonny Bill Williams (neck) named to return. Freddy Lussick, who wore the No.9 last week, has been left out of the squad altogether.

Prop Jared Waerea-Hargreaves was charged for a high tackle on Dylan Edwards but fortunately for him he only incurred a fine.

Daniel Suluka-Fifita and Matt Ikuvalu were omitted from the reserves 24 hours from kick-off. The Roosters have won four of their past five games against the Raiders.

Raiders: Canberra have made two match-day changes to their starting pack. Siliva Havili comes in at hooker and Hudson Young at prop with Tom Starling and Sia Soliola sliding back to the bench.

Sam Williams and Matthew Timoko are the final cuts from the match-day line-up.

Coach Ricky Stuart named the same 17 players for this do-or-die clash after the side came through unscathed against the Sharks. Lock Joseph Tapine will play his 100th game for the club.

Kai O'Donnell and Michael Oldfield were the first players to drop off the extended bench on Thursday night.

Josh Papalii v Siosiua Taukeiaho. Both rank in the top 10 for metres gained among forwards in 2020. Papalii is the on-field leader of the Raiders pack, while such is the development of Taukeiaho he now rivals both Boyd Cordner and Jared Waerea-Hargreaves as the main man for the Roosters. The battle in the middle of the field will prove decisive.

The Raiders beat the Sharks handily in the end, but a completion rate of just 68% would not have pleased coach Ricky Stuart. Canberra do chance their arm in attack, but they'll want that percentage north of 80% as they attempt to end the Roosters' season. 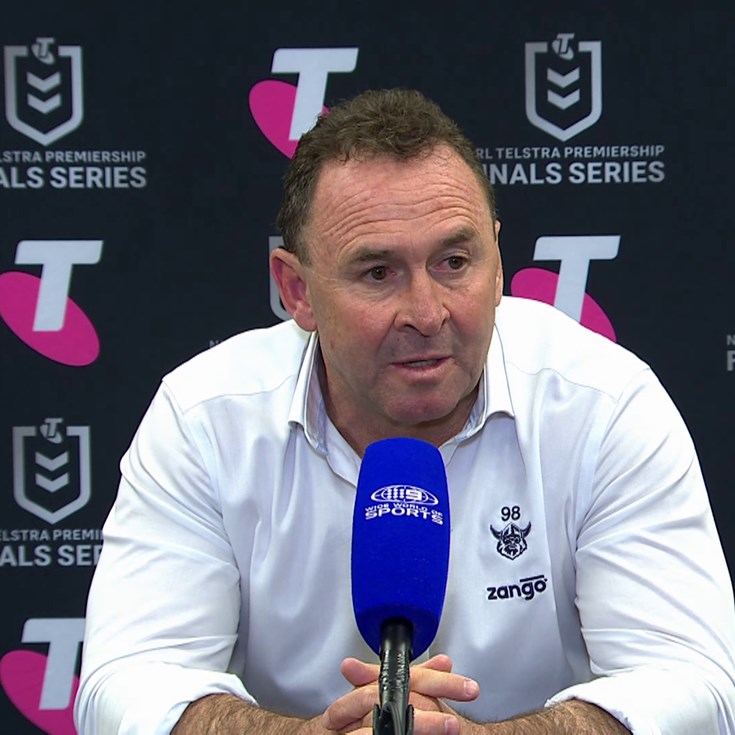