One is an Olympic gold medallist and the other a Jillaroos star and on Saturday at Bankwest Stadium Ellia Green and Corban McGregor will decide who's the fastest of all.

McGregor and Green both recorded game-high speeds of 30.6 km/h in round one of the NRL Telstra Women's Premiership – a record since Telstra Tracker was introduced to the women's game last year.

The results eclipsed Jessica Sergis's efforts during State of Origin in 2019, when Telstra Tracker data was first recorded.

McGregor produced a fine captain's knock in her side's 18-4 win over the Dragons, scoring the first NRLW try of her career with a runaway effort.

Her speed in the sprint for the try-line was equally matched by Green's dart on the left edge against the Broncos hours later, where she was on the end of a slick pass from teammate Evania Pelite.

The pair's efforts were almost matched by player of the round Tamika Upton, who recorded a maximum speed of 30.1km/h during her three-try performance for the Broncos.

Dragons fullback Sam Bremner made a triumph return post-pregnancy to top the max speed for her side, clocking 29.8km/h in their 14-point loss to the Roosters.

The 28-year-old hadn't played in the NRLW for more than two years and was coming back to the elite arena after giving birth to her son, Reef, last season. 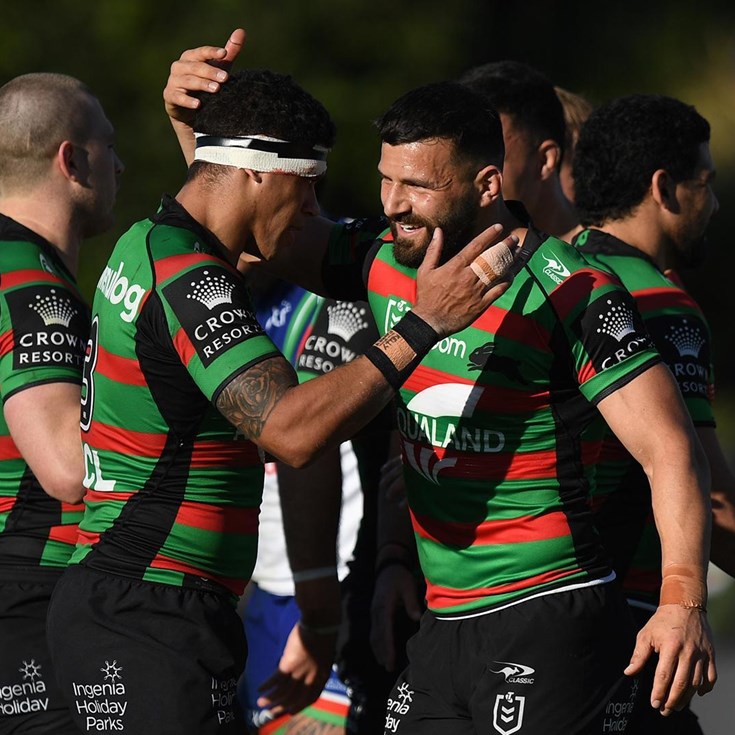