Canberra Raiders five-eighth Jack Wighton has capped a remarkable season by claiming the club's first Dally M medal in 25 years in a thrilling finish to the virtual awards night at Fox Sports studios on Monday.

The 27-year-old is just the third Raiders player to win the prestigious medal, joining his coach Ricky Stuart (1993) and three-time premiership player Laurie Daley, who won the award in 1995.

"I'm absolutely shocked, the players I was sitting there with and it could have been anyone, so to receive this medal tonight in front of so many good players, I'm blown away," Wighton said.

"It was a rocky year and we had some key players go down with injury. We didn't finish the way we wanted of finish but I'm still proud of all the boys' efforts.

"I really can't believe it, it just feels amazing. As a kid I would never have thought I would be talking about something like this.

"I'm so thankful. This is right up there and definitely something I'll never forget."

Wighton polled 26 points across the 20 regular rounds in the shortened season to stave off Eels captain Clint Gutherson (25) and Penrith halfback Nathan Cleary (24) in a close finish.

Wighton was three points behind mid-season front-runner Harry Grant on 10 points when voting went behind closed doors after round 10.

He went on to earn 16 points in the final 10 rounds, including five player-of-the-match performances in round 11 against Souths, round 15 (Titans), round 16 (Bulldogs), round 18 (Dragons) and round 19 (Warriors).

Runners-up Gutherson and Cleary had a shot at overtaking Wighton in the final round with the star Raider rested against the Sharks, but neither collected a vote.

Gutherson racked up two try assists and a try-saving tackle late in round 20 but his team-mates Nathan Brown and Junior Paulo and Wests Tigers playmaker Luke Brooks took the votes in that game.

Cleary's halves partner Jarome Luai collected three votes in round 19 against the Cowboys and round 20 against the Bulldogs.

Wighton's Dally M Medal success comes a year after he took home the Clive Churchill Medal for best on ground in the 2019 grand final.

The Raiders star scored a career-best 12 tries during the 2020 regular season  with eight try assists and took his game to another level after hooker Josh Hodgson went down with a season-ending knee injury.

Storm captain Cameron Smith, who finished fourth on the overall Dally M leaderboard but missed games late through a shoulder injury, claimed the hooker of the year gong for an incredible ninth time in his career.

Storm teammate Josh Addo-Carr and Wests Tigers livewire David Nofoaluma were awarded winger of the year accolades after the NRL announced a team of 13 would be named this year.

Staggs (try of the year) and Papalii (tackle of the year) also took out awards for their respective individual heroics in round 15.

Fijian international Viliame Kikau and Warriors warhorse Tohu Harris were named in the second row while Panthers forward Isaah Yeo was awarded for his stellar year of consistency by being named the lock of the year for the first time in his career.

Warriors skipper Roger Tuivasa-Sheck was named captain of the year after his heroics to lead the club while being away from his young family.

The Warriors club also took home the Provan-Summons medal to acknowledge their sacrifices in a bid to keep the game going through the pandemic.

“Tonight we honoured our most exceptional players in an extraordinary season,’’ NRL CEO Andrew Abdo said.

“Despite unprecedented challenges our players took our game to a new level in 2020. Tonight we celebrated our very best, those who provided so much excitement and hope during a challenging time in our community.

“Congratulations to Jack on creating history, winning the Dally M Medal in such a tough and uncompromising season. His feats will forever be etched into rugby league folklore.” 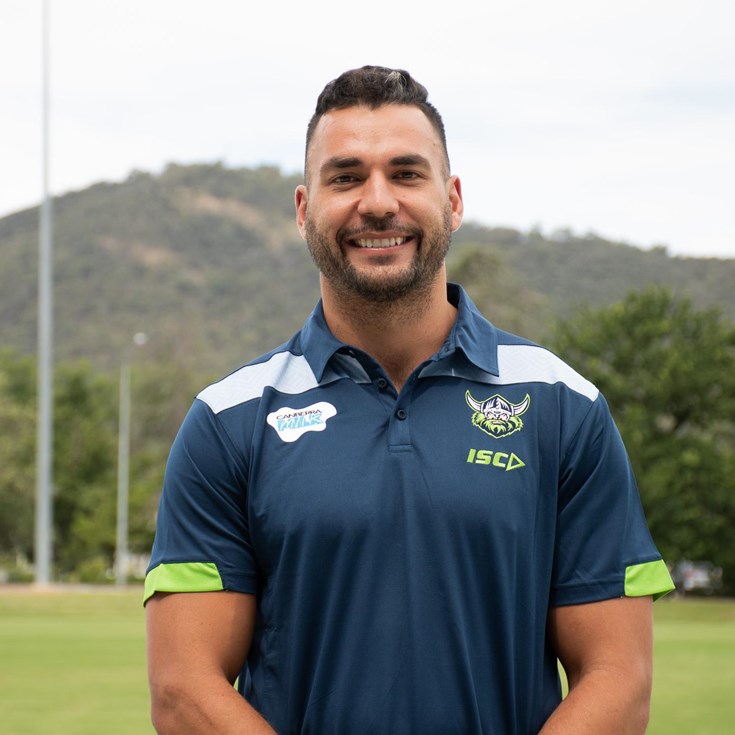