Despite boasting the most settled squad leading into the season after the COVID-19-enforced disruption, the Dragons' campaign couldn't have started and ended more poorly. An 0-3 record handed them their worst campaign on record.

Questions will be asked about the Dragons' star-studded line-up over the off-season after many tipsters had them challenging for the title.

Former NSW playmaker Maddie Studdon couldn't get it going in the halves with no recognised five-eighth alongside her but the woes just didn't end there.

The Red V will be hoping for an extended competition next season with the three games in 2020 not enough to salvage what was a disappointing month with injuries, suspension and a lack of continuity on show.

The Dragons' 0-3 record was officially their worst effort on record with just 18 points scored across the three games giving them no chance to compete with the other sides.

An injury crisis late saw them have just 16 players against the Warriors, topping off a difficult campaign that included nine NRLW rookies and a competition-low average age of 23.1 years across the park.

In a positive for the club, Sam Bremner's return to the field a welcome sight, while several players who made their debut have been earmarked as future representative stars.

The Dragons' woes in attack were matched by their ability to concede tries at any stage of the game with a 6-5 split across both halves hurting their cause.

The final 15 minutes of each game was where the Red V ran out of puff with four tries conceded late, after scoring just one of their own in 90 minutes of game time before and after halftime.

Four tries in three games was simply not good enough and to make matters worse two of those tries came within the opening seven minutes.

Even when they got on the board early, they failed to go on with it and find any momentum.

The Dragons couldn't get it together in key attacking areas with competition-lows in line breaks and completions behind their inability to score points.

Albert also finished as the side's best for offloads with six, followed by Isabelle Kelly and rookie Jaime Chapman on four.

The Dragons weren't necessarily terrible in this area offensively, ranked third, but the opposition found easy work with a whopping 1263 metres conceded per game on average handing them a -148 differential in return.

In her two games before an ankle injury, Isabelle Kelly averaged 126 metres and was supported by Jess Sergis (117m) per outing, however, the side needed more from the engine room.

Elsie Albert finished the best Dragons forward to average 104.2 metres per game with Shaylee Bent (81.3m) the next best before copping a suspension in round three.

Another area where the Dragons found it tough going was discipline with an error rate of 10 per game and missed tackle average of 36.7 not going to win too many games of footy.

Jess Sergis was the main culprit with five errors in three outings, while Elsie Albert and Jaime Chapman finished on three each.

Seven further Dragons players had two errors apiece, highlighting the discipline was poor across the board.

In a further unwanted statistic, five Dragons players finished in the NRLW top 10 for missed tackles.

Albert (13), Sergis (12) and Keeley Davis (11) were guilty in this area, while experienced players Sam Bremner and Steph Hancock had nine each.

The Dragons kicked the ball most during the regular season to better all teams for total kick metres but this doesn't highlight the type of kicks that were generated, particularly under pressure.

The side were guilty of coming up with some poor choices in this department, while their only converted try came off Teagan Berry's boot with one from four converted overall.

Maddie Studdon's 498 kick metres was the best for the side before she succumbed to an ankle injury in the final round.

One area the Dragons excelled in this year was dummy-half runs with the likes of Isabelle Kelly, Jessica Sergis, Tiana Penitani and Sam Bremner very good.

The Dragons' average of 21 in three games was well-above last year's figure of nine per outing but may also highlight how a lot of their attack was in fact one-up running instead of looking to shift the ball.

Both grand final teams finished in the bottom two for this figure.

The Dragons' best efforts in the NRLW came through their post-contact yardage with their 1205-metre total outranking grand final teams Brisbane and the Roosters.

With a 52.1 possession rate average across the three games, they could've quite easily found themselves in more attacking territory had they held onto the ball. 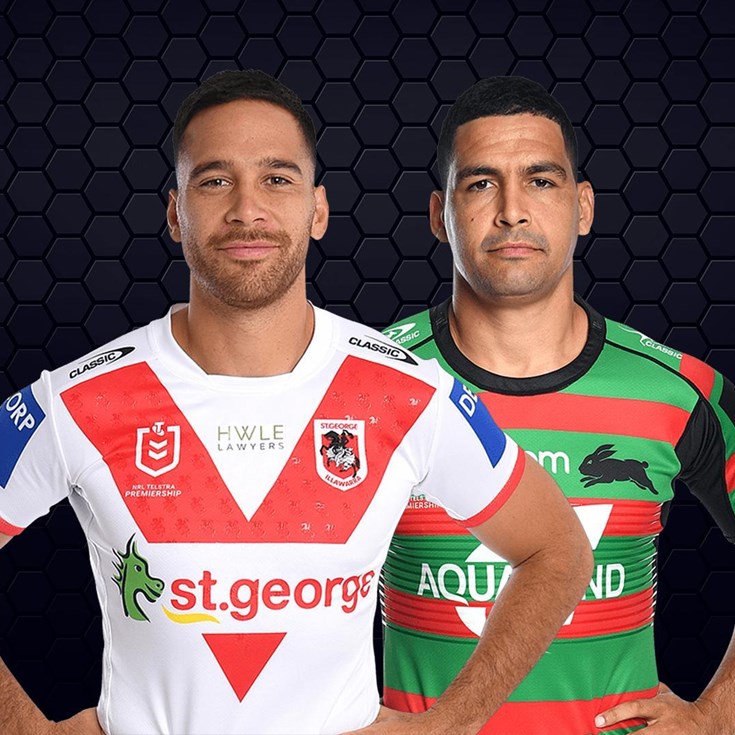 Dragons v Rabbitohs: Sloan in, Dufty out; Rookie on sandby for Knight