Titans hierarchy will weigh up a play for Storm star Brandon Smith in the coming days as Melbourne chairman Matt Tripp seeks clarity over the future of his namesake Cameron this weekend.

The Gold Coast have been linked to both representative hookers throughout 2020, and once more laughed off suggestions of a Cameron Smith swansong at the club next season.

The Titans were the one club left off a game-wide email from Brandon Smith's agent on Monday advertising his services in 2022, fuelling suggestions they already have the elder Smith in their sights.

"I haven't spoken to him," Titans coach Justin Holbrook said of Cameron Smith.

"There's still plenty of speculation. I'm still not sure when Cam's going to decide what he's doing himself, I can't add much on to that."

A series of big earners moving on in 2020 – led by Shannon Boyd (retirement), Ryan James (Raiders), Jai Arrow (Rabbitohs), Bryce Cartwright (Eels) and Nathan Peats (released) – has given the Gold Coast plenty of salary cap space to work with in Holbrook's longterm rebuild.

That said, the Titans have already filled 29 of 30 first-grade spots and spent much of their salary cap for next season, with a play for Brandon Smith in 2022 making more sense than one for Cameron more immediately.

"I'm not too sure, [Brandon Smith's free agency] sort of came out yesterday," Holbrook told NRL.com on Tuesday.

"We'll definitely get the recruitment guys looking into that and seeing what eventuates.

"I'm happy with [the Titans'] options at hooker.

"Mitch Rein's a quality hooker and the job Erin Clark can do and young Tanah [Boyd], I'm happy with any of those three."

Melbourne's release of Brandon Smith is contingent on the Storm landing a player of similar ilk, a hurdle that saw Josh Addo-Carr stay put under similar release terms recently.

Along with the Titans, the likes of Wests Tigers and Canterbury also have potential starting hooker roles and salary cap space to make a play for the Kiwi international.

Tripp was reluctant to comment on the Smith developments beyond indicating that the club was in no rush to sort his future now the 24-year-old has hit the open market.

The Storm chairman will fly to Queensland this weekend planning to catch up with both Cameron Smith and Craig Bellamy as he attempts to keep them as part of the Storm juggernaut they set into gear almost two decades ago.

Bellamy has a coaching director offer from Brisbane on the table for 2022 while Melbourne have outlined a similar position if he is to give up head coaching at the end of next season.

The senior Smith meanwhile is still yet to confirm his 2021 plans but has long been tipped for retirement.

The 37-year-old has all manner of options available to him if he does hang up the boots, including coaching consultancies, commentary or potentially a director or management role with Melbourne.

"I'm hopefully going to see him this weekend," Tripp said.

"I haven't had a chance to chat to him on that. But if he was going to be playing for the Melbourne Storm next year, I would know about it I think.

"That's not to suggest he's not going to be playing elsewhere, I genuinely don't know the answer to that.

"Hopefully we can get down to a bit of detail and work through what next year looks like because I'd love him to stay on at the club.

"If he does a backflip and says no I want to play again I've got to get creative and find a way to make that happen.

"But I think if that was his intention he would've told me by now.

"I'm going up there with the expectation to keep him involved at the club in some capacity if he doesn't want to play on.

"And that remains to be seen. I'm really not sure what his intentions are. He's been on the book-signing trail but we are going to cross paths and catch up." 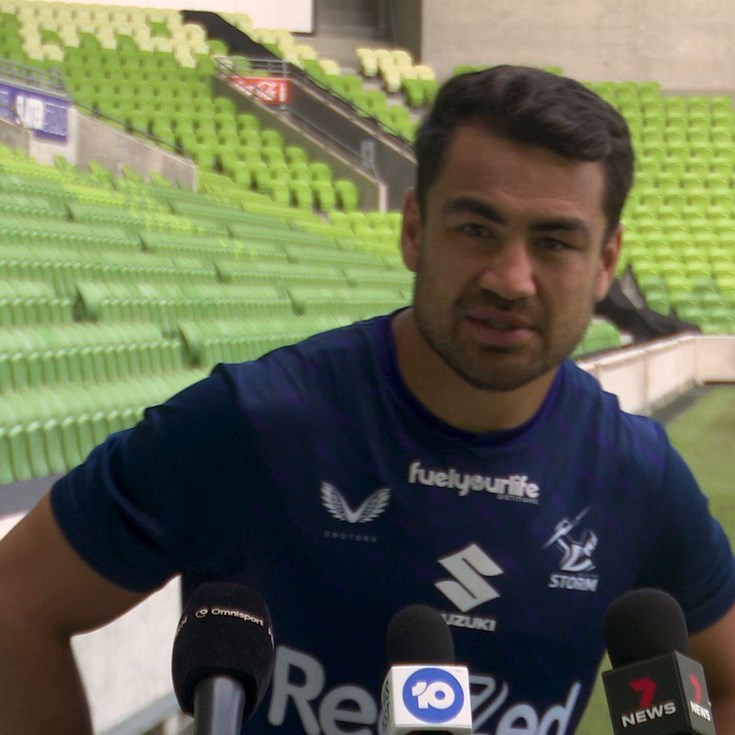