Wests Tigers have landed a significant retention coup with star winger David Nofoaluma inking a four-year deal with an eye to keeping him at his junior club for his entire career.

The lengthy retention deal was announced on Thursday afternoon after a couple of months of negotiations that kept Tigers supporters on their toes regarding fan favourite's future.

After testing his value on the open market, Nofoaluma and the Tigers have landed on the same page, keeping him at the club until the end of 2025.

"This really is the only club for me, and I'm really pleased to be staying on at Wests Tigers," Nofoaluma said.

"I'm determined to ensure our members and fans are rewarded with the success they deserve, and I can't wait to help play my part in making that happen."

Having come through the Tigers ranks as a Campbelltown junior, Nofoaluma enjoyed a breakout campaign in 2020 that saw him crowned Dally M winger of the year.

Nofoaluma was linked to the Rabbitohs and Parramatta but always maintained his first preference was to remain at the joint-venture under Michael Maguire.

Now 27 and with 139 appearances for the club, the four-year commitment will keep Nofoaluma at the Tigers until just before his 32nd birthday.

A lengthy lead in the Tigers all-time try-scoring stakes also looms given the Samoan international already boasts 74 tries for the club and sits within striking distance of joint-record holders Chris Lawrence and Benji Marshall (84 tries each).

In turn, Josh Reynolds (Hull FC), Josh Aloiai (Manly) and Harry Grant (returning to Melbourne at then end of a loan deal) have all moved on, along with unsigned veterans Benji Marshall and Elijah Taylor.

Maguire said Nofoaluma's steady rise to become one of the game's elite wingers helps set the standard he is trying to instil at the Tigers as they bid to end a finals drought stretching back to 2011.

"He has worked extremely hard at his game to continue to improve not only himself but the team as a whole and has grown into one of the senior players.

"David has a tremendous love for the club but, more importantly, has a determined desire for it to be successful and continues to work extremely hard to make that happen.

"I'm really looking forward to watching him continue to improve over the coming years and play a leading role in the success of this club moving forward." 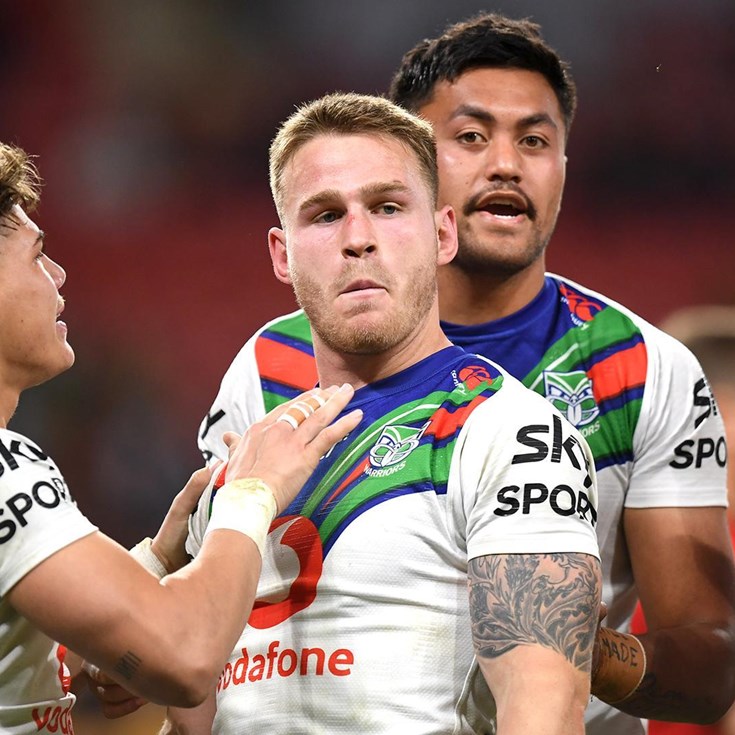