Fantasy star John Bateman may have departed but there's still a lot to like about this Canberra side.

Bateman's old position is up for grabs and a new rule change is set to boost one of the game's best attacking weapons.

A 54-point average made Papalii a top-five front-rower in Fantasy last season, and he remains a keeper option even with the addition of star locks like Jason Taumalolo in the new "middle forward" position.

Canberra's chief enforcer has been a steady improver in Fantasy in recent years despite his game time actually going down – last year he scored more than a point-per-minute for the first time in his career.

Already a finished product, there's not a lot of room for further improvement here but while he may not quite match the very elite scorers like Payne Haas (72 points per game last year) or Jason Taumalolo (62ppg) he is a lot cheaper and can be a season keeper at an affordable price.

Traditionally a player whose on-field prowess isn't quite matched by his Fantasy scores, Hodgson is at least good value in 2021 after injury cut his 2020 season short.

One of the best hookers in rugby league and a brilliant playmaker, Hodgson doesn't rack up the huge tackle counts of rivals like Cameron Smith so tends to produce Fantasy scores in the 40s rather than 50s and 60s.

Still, he'll start the new season with the price tag of a mid-30s player after suffering a season-ending injury nine games into last season. It meant he finished with the only sub-40 Fantasy average of his NRL career, and there's every reason to expect he'll return to scores around 45 this year.

One factor in his favour is the introduction of a new Fantasy scoring category for forcing turnovers – four points for completing a one-on-one strip, making an intercept or forcing a turnover in a tackle.

Hodgson is renowned for his ability to strip the ball in tackles and could be one of the big winners from the new rule.

Whether it'll be enough to push his average up towards 50 remains to be seen.

The good news? Ryan James has a great pedigree and a very tempting price tag – having racked up 60 points a game in 2016 in one of the best try-scoring seasons from a forward in recent memory.

The bad news? James has played just six games in the past two years and they all came in early 2019, with two ACL injuries keeping him on the sidelines.

At his best, he's a superb points-per-minute scorer as a middle forward, or a very steady 45-point player when playing the full 80 minutes on an edge.

If he gets back to anything like that he'll be a steal at his starting price, but if (as is more likely) he just fills a role on the Raiders' bench rotation he could be one to wait and see on later.

The Raiders' 2020 season in review

Harawira-Naera has a clear path to being a huge moneymaker in Fantasy this season – all he needs to do is lock down the edge forward spot vacated by John Bateman.

Ricky Stuart says Harawira-Naera won't be selected for round one following a drink driving charge, which makes his job security for later rounds hard to predict.

If he is a starter in the second row he should play at least 60 minutes each week and produce scores around 40 – which would lead to significant price rises. 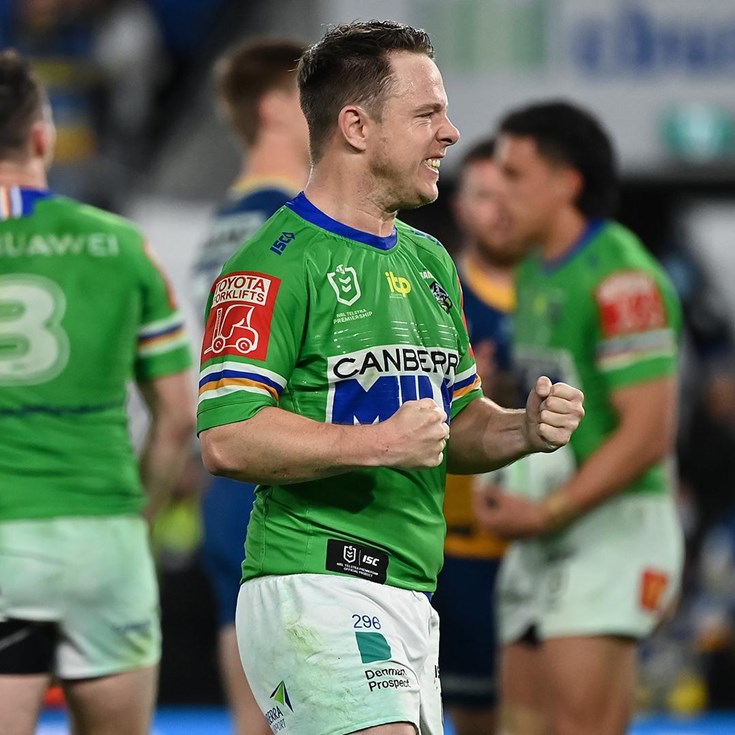