Andrew McCullough’s game management skills are the reason the veteran hooker is a recruitment target for St George Illawarra as new coach Anthony Griffin seeks to change the way the team plays.

McCullough is contracted to Brisbane this season but Griffin is keen to lure the former Queensland hooker to Wollongong as he suits the style of game the former Broncos and Panthers mentor is trying to implement at St George Illawarra.

The 31-year-old ranked 16th for average dummy-half runs last season at Newcastle and was 15th in 2019 at Brisbane but his ability to control a game from the ruck suits Griffin’s game plan for the Dragons.

"The big thing about having a coach like Hook is that he really knows what he wants and the style Andrew McCullough plays is something he obviously likes," St George Illawarra GM of football Ben Haran said.

"Some hookers are running hookers and there are others who have a real feel for the game and are able to give the ball to the right player at the right time so are real game management-style hookers.

"We have got some real talent in our team so your exciting players need to get the ball in the right spots and a lot of that is determined by who is giving them the ball."

Representative halves Ben Hunt and Corey Norman played with McCullough at Brisbane but the Dragons' long-term plans revolve around the likes of Jayden Sullivan (19), Cody Ramsey (20), Mat and Max Feagai, Junior Amone and Tyrell Sloan (all 18).

If a deal can’t be reached with Brisbane to release McCullough for this season, the Dragons are unlikely to rush into the market to sign another hooker unless he fits the description of the type of dummy-half Griffin wants.

With Cronulla-bound Cameron McInnes remaining with St George Illawarra until the end of the season and Ben Hunt, Jack Bird and Zac Lomax in the squad, the Dragons have the versatility to cover most positions.

It’s why St George Illawarra’s short-lived pursuit of controversial dual international Israel Folau doesn’t mean Haran is focused on signing an outside back to meet the required roster quota of 29 players by March 1.

"We are in a position where we are going to look at anything. We could still strengthen our middle with one of those spots, depending on who becomes available," Haran said.

"If you can get a quality player you can always find a place for him and when you have got players like Cameron McInnes and Jack Bird in your team that allows you to be versatile and agile with your decision making around your roster.

"Ben Hunt is another one and we have got a few guys who can play on the edge or in the middle, like Jackson Ford, or can transfer from different positions.

"If they are going to make us a better team and bring that real quality style of player we are going to have a real crack at them."

St George Illawarra have 27 contracted players, including Jack de Belin, who remains subject to the NRL’s no-fault stand down policy, and of those 11 are off contract at the end of the season but yet to receive a formal offer from the club.

Despite the loss of McInnes to Cronulla, Haran said the Dragons would not be spooked into hastily re-signing the likes of Matt Dufty, Norman and Tyrell Fuimaiono until Griffin has got to know the players better and seen them in action.

"We are coming off a couple of poor seasons so we have got to be really measured in our decision making and not be rushed," he said. "If you get a decision wrong you can pay for it for a long time.

"You could maybe do that if you finish in the top four but we are at the bottom and we have got to think about how is this squad going to look the best over the next 3-4 years."

The nucleus of the future squad is already in place, with halves Sullivan and Amone, the Feagai twins and Sloan all having been members of the club’s 2019 SG Ball Cup-winning team.

"That is one of the reasons you don’t rush into other decisions because some of these kids are going to be good players," Haran said.

"They have come through together and won grand finals and are pretty passionate about being together.

"I think the Dragons are built on that but we have possibly gone a bit away from that by buying in too many players so it’s important that we really focus on making sure these good young kids stick together and come through together." 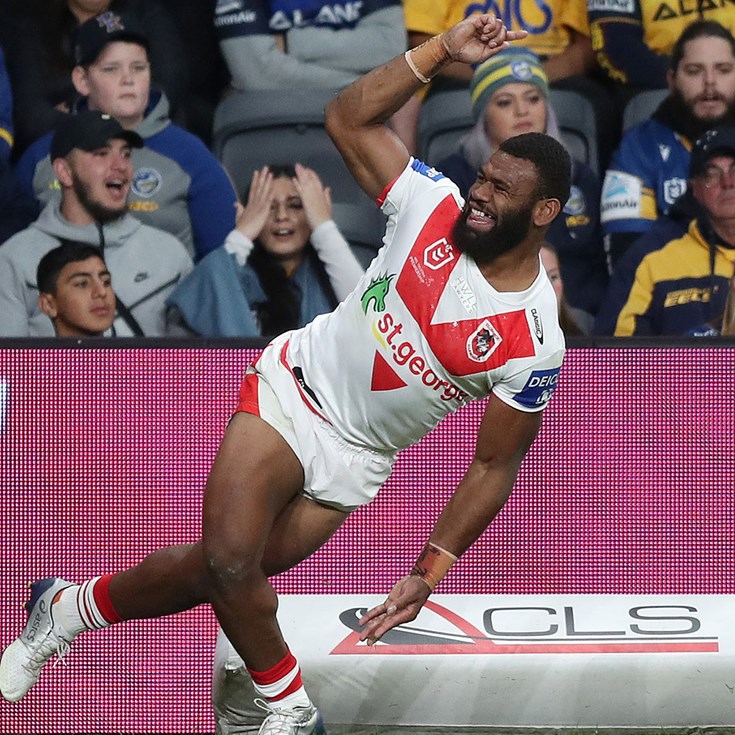