Cameron McInnes wants to continue to captain the Dragons in his final season at the club and would welcome the opportunity to play alongside former Queensland hooker Andrew McCullough.

McInnes, the club's back-to-back player of the year, revealed at his first media conference since signing with Cronulla from 2022 onwards that coach Anthony Griffin had given no guarantees about the captaincy or his future when he took over at the end of last season.

Star fullback Matt Dufty and other off-contract players were told the same thing as the new coaching staff wanted to assess their form before making decisions about the make-up of St George Illawarra’s roster in future seasons.

Under Griffin, there is no leadership group and he has made no call on his captain for 2021.

“When 'Hook' [Griffin] came in he said to all of us players, ‘Don’t want worry about leadership groups, captaincy or what-not, let’s just rip into training and start to build something, then we will talk about that when footy comes’,” McInnes said.

“We haven’t had those discussions. I’d love to be captain but if the club need to go in another direction for the future I completely understand, and I will be doing everything I can to help that person and just being a leader in my own right.”

McInnes is the only remaining member of St George Illawarra’s leadership group from just 18 months ago, with Tyson Frizell joining Newcastle this season and Gareth Widdop and James Graham moving to England last year.

The departure of the 27-year-old may just be the start of a shake-up of the Dragons roster, with 11 other players off contract at the end of this season and the club refusing to be rushed into re-signing any of them.

Throughout the whole process the club has been really honest with me and open, and I respected that because the club has done a lot for me

However, Griffin does have two roster spots to fill before March 1 and McCullough continues to be lined with a move from Brisbane to St George Illawarra.

While there had been speculation that the interest in McCullough, who Griffin previously coached at the Broncos, was a factor in McInnes leaving, he is joining the Sharks to play lock and would be happy to do so at the Dragons.

“I want the club to be successful so if Andrew McCullough was to come I think he would add a lot to the team with his experience and his toughness,” McInnes said.

“He has played for Queensland and he has played in grand finals, so I would love to play with Macca for sure. In terms of playing hooker I don’t care.

“To be honest I have signed with the Sharks as a lock so I wouldn’t be going somewhere for four years if I wasn’t happy to play that position.

“If the Dragons want me to play lock I am 100 per cent ready for that and if they need me to play hooker I’ll do that too.”

A strong supporter of previous coach Paul McGregor, McInnes insisted that he also had a good relationship with Griffin and understood why the new mentor wanted to assess his players before committing to new contracts.

“Throughout the whole process the club has been really honest with me and open, and I respected that because the club has done a lot for me,” McInnes said.

“There was nothing about ‘we don’t want to keep you’ or anything like that, it was just the timeframe. I wanted it done as early as possible. They were honest in saying the time frame doesn’t work for us to happen that quickly.

“I love the club but we can’t get away from the fact that the last few years haven’t been great so the club needs to look at what they need to do for the future.

“We finished 15th and 12th the last two years so I understand their situation. They are trying to build the club for future success.” 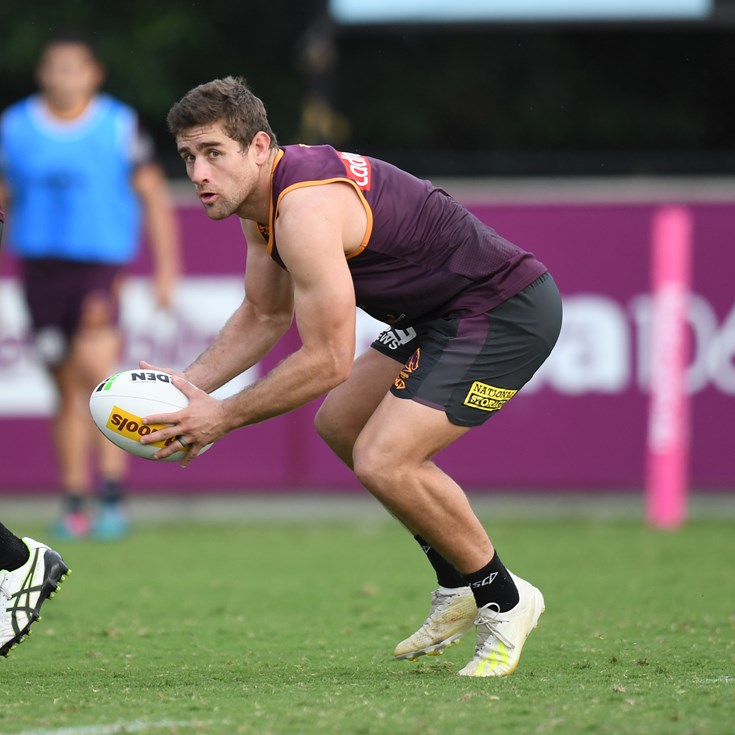 Swear by it - Bennett gets tough on Broncos

NRL Podcast: Renouf on the link between the Broncos and Dragons