The future of Broncos veteran Andrew McCullough has almost been settled but his eight-game stint at the Knights last year has left a lasting impression on Jayden Brailey.

McCullough returned to the Broncos in November as part of an agreement between the two clubs and ahead of Brailey's return from an ACL injury this season.

McCullough was an astute signing as a replacement for Brailey midway through the year, but he soon joined the Knights rake on the sidelines following a season-ending hamstring injury.

While 31-year-old McCullough is closing in on securing a long-term deal with St George Illawarra, his short stint with the Knights could prove pivotal for Brailey.

The pair spent ample time in rehabilitation together, while they both watched on as the Knights scraped towards their first finals appearance in seven years.

"I didn't know Macca until he came to the club and I wouldn't have picked it when he first arrived but he's probably one of my best mates now," Brailey told NRL.com.

"He was huge to have around the place and with my rehab as he'd been in that position before with his own knee.

"I was able to pick his brain about some of the things he does on the field and the durability he has in his game that I'd admired from afar.

"We formed a really good relationship off the field and I'm hoping to be a better player and take a few things away from him."

Brailey's career on the field at Newcastle may only be two games old but that hasn't stopped the Knights from identifying him as a candidate to be the club's next captain.

The 24-year-old was included in Newcastle's five-man leadership group last month after arriving in the Hunter last season.

Brailey was often seen engaged in the coaches' box alongside Adam O'Brien and assistants Willie Peters and David Furner during games, analysing the Knights' performances from a different perspective.

"I watched more football than I have ever have done before last year," Brailey said.

"I was able to see where I could've injected myself into the play and hear what the coaches were saying and their thinking.

"You just watch it from a different level, you see the open space or overlaps being created you may not see when you're in the thick of things.

"Hopefully that will help me make the team better this year."

The experience could be set to pay off, too, with Brailey yet to play under the six-again and ruck infringement rule changes that were introduced by the NRL in May last year.

In 2019, Brailey averaged just 2.8 runs from dummy half in his final season at the Sharks, an area he wants to improve.

"I'll get a feel for it in the trial and first couple of games, hopefully, it suits me and can allow me to get out a little bit more," Brailey said.

"Watching how teams went about it last year it definitely helps us as little guys find a bit more room around the middle.

"I've worked my arse off the last 9-10 months. The physios at the Knights have gone above and beyond to make sure I'm ready to go and I haven't missed a session at all this pre-season.

"I've got full confidence and want to make the most of it." 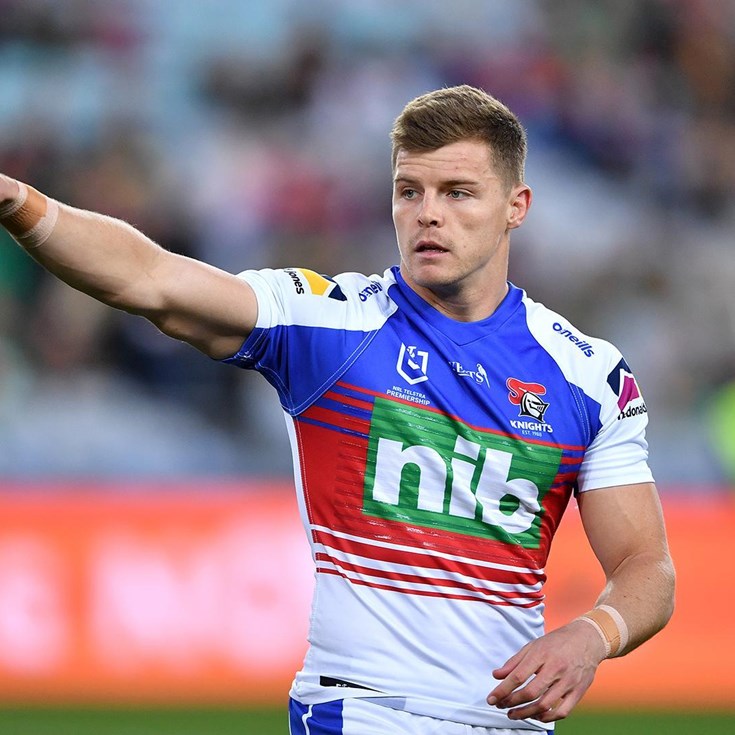