Titans coach Justin Holbrook says it was a clear-cut decision to announce Kevin Proctor and Jamal Fogarty as co-captains for 2021 on Friday afternoon.

Fogarty, 27, is preparing for just his second full year of NRL but has already proven himself as a natural leader.

The halfback skippered the team during a five-match winning streak to finish the 2020 campaign, stepping in while Proctor was suspended and Nathan Peats was injured.

Proctor, 31, has played 252 first-grade matches after debuting for Melbourne in 2008 and is accustomed to the responsibility of leading the club, making him an ideal person to ease the strain on Fogarty.

The pair will lead the Gold Coast in their only official NRL trial against the Warriors in Lismore on Saturday evening.

"I get to learn from the best in Kevvy, he’s a professional who does all of the one percenters and people in our team see that every day … for myself to be able to learn off Kevvy who has played in grand finals and has played for his country [is great]," Fogarty said.

Fogarty, who debuted for the Indigenous All Stars last week, spoke of his gratitude and said his family would be immensely proud.

Holbrook, who is gearing up for his second season as head coach, said he couldn't split the outstanding duo.

"I think for everyone in our club this was the obvious way to go," said Holbrook, a Super League premiership-winning mentor.

"I think KP did a really good job last year and the way Jamal came on last year and just lead the side around being a halfback, it was a perfect fit for us this year to have them both.

"They complement each other and I’m really looking forward to them sharing the role this year."

There is some symmetry with the Titans' inaugural season of 2007 when they also employed a shared captaincy model with a forward and a back in the form of former internationals Luke Bailey and Scott Prince.

Meanwhile, Holbrook said it was imperative for the Gold Coast found their mojo at Oakes Oval before they again face the Warriors for their season-opening clash in a fortnight.

"We need to play well. It's the only chance to get everything right leading into round one," Holbrook said.

"We've got to do our best. Only having the one main trial being down here, it's great to be part of our region and get to come down here and showcase [our play]. As you can tell, we're playing our best side.

"We're taking it seriously. The result doesn't really matter. We'll have a lot of interchanges, as will the Warriors, but the way we play is important and we've got to get the combinations right."

He added that the Lismore field looked "great".

"Really happy to be down here," he said. "It's important for our area to get down here, and for young kids mainly to get to see our boys play and hopefully they want to grow up and play for the Titans." 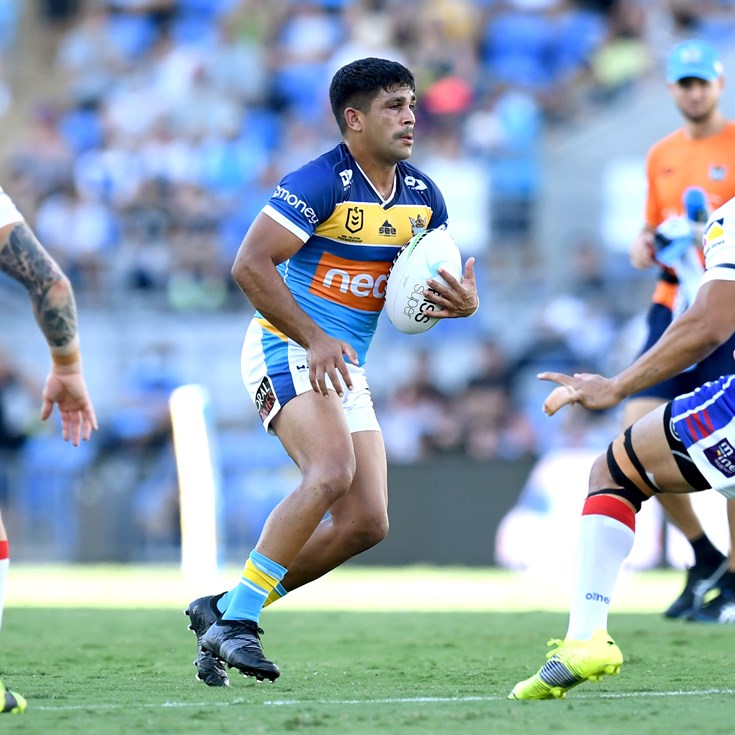 Reality check: Titans' credentials on the line against Raiders