Raiders co-captain Josh Hodgson says Corey Horsburgh must learn to harness his passion after the firebrand forward was placed on report in two separate trials on Saturday.

The prop, who was playing his first games since suffering a foot injury in round seven last year, made an impactful return in Canberra's NSW Cup and NRL trials against North Sydney and the Roosters respectively.

However he landed himself in hot water for shoulder charges in each match, one being on Adam Keighran at the death of the first-grade hit-out won 26-20 by the Roosters.

Horsburgh was already unlikely to play in round one after coach Ricky Stuart said he and Corey Harawira-Naera had seriously jeopardised their spots following separate off-season drink-driving incidents.

Hodgson, who brilliantly returned from his knee injury against the Roosters, backed Horsburgh to mature on the field.

"He reminds me of myself when I was a little bit younger, probably a little bit more [aggressive] than I was," he said of the 23-year-old.

"He just wears his heart on his sleeve, and probably sometimes it just gets the better of him. He's such a good lad.

"As you can tell, sometimes his emotions get the better of him, and that's something he's got to manage as a footy player. You don't want to be spending too much time on the sidelines.

"Hopefully his reports aren't too bad. I didn't really catch them, but I heard he had two. We'll have a look in the week."

Hodgson, who spent plenty of time with Horsburgh in rehab in 2020, said the redhead was well aware of what he could improve on.

The veteran hooker was outstanding in his first match in 231 days, showing no ill effects after his lengthy ACL recovery.

He made an early break and had a hand in two tries in a 40-minute stint, declaring himself ready to play the full game against the Wests Tigers in round one if needed.

"I'm guessing [the plan will be to play 80 minutes]. You'd have to ask the boss [Stuart] on that one," Hodgson said.

"The lungs felt good first 20, I felt cooked but once I got the second wind in the first half I felt good."

The Englishman was open to the possibility of sharing the role with Tom Starling or Siliva Havili, who had stepped up in his absence. 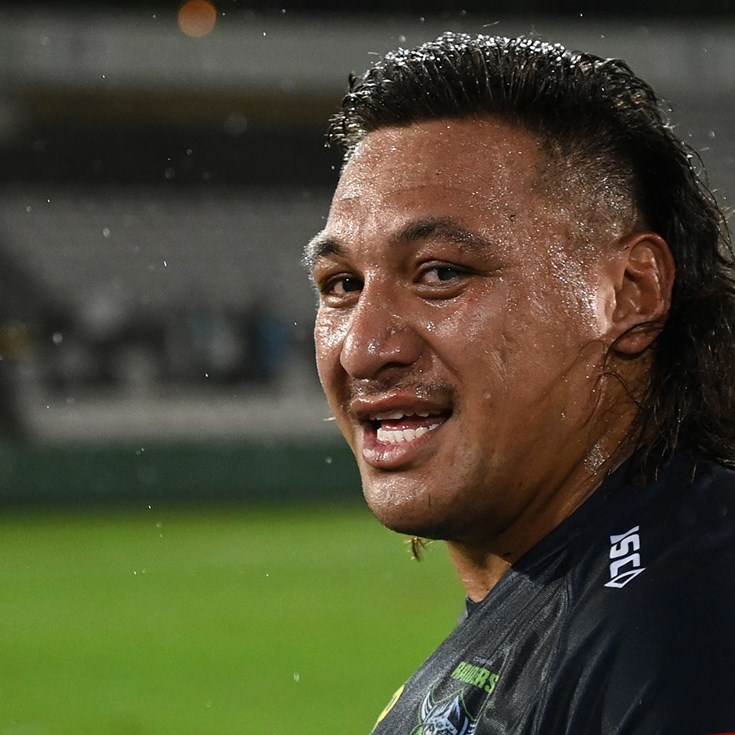