Cowboys back-rower Coen Hess would be "completely baffled" if the Panthers have made major changes to their game plan ahead of their round one meeting on Saturday night.

While he expects more of the same from the 2020 minor premiers and grand finalists, who won 17 straight games, Hess is well aware of the hefty challenge awaiting North Queensland at Panthers Stadium.

Penrith don't have Trent Barrett, who is now coaching the Bulldogs, helping their attack but Hess thinks they'll retain their blueprint against the Cowboys, who are coming off a 14th-place finish.

"They were the talk of the competition last year ... It will be a good test for us to see where we're really at," Hess said on Monday.

"I'd be completely baffled if they changed anything from what they were doing last year. They won the most games out of anyone so I don't think they'll be changing too much.

"We've got the clear underdog tag and it's something that we're excited about. We understand that, they've earned that right.

"But in saying that as well, we'll go down there with the frame of mind to get the two points."

Middle forward Josh McGuire, who declared himself "ready to rock and roll" after returning to team training from a hamstring injury, said the contest up front would prove crucial to the outcome.

"Obviously they were one of the form teams last year, and this year they've lost some experience but, like us, they've got some really good young forwards coming through," McGuire said.

"It's just going to be a game of chess out there. We've just got to make sure we turn up and prepare well this week and that we win that contest in the middle and give the opportunity for our halves to play some good footy.

"They've earned the right to be the favourites. Quality team, quality club, world-class players. We know that they're a very good team, and what better way to start the year off than against the benchmark of the competition."

McGuire noted that Penrith adapted well to the rule changes last season and he hopes the Cowboys can do similar as they've adopted a more instinctive, reactionary style of play.

"We've got really good attacking players in our team that need to play eyes-up footy. If they feel like it's the right thing to do, I want them to go for it," the veteran prop said.

"We have a plan and we're excited about the opportunity to put that into place. Our pre-season's been fantastic, the boys have trained really hard."

The 24-year-old had a mixed campaign at club level but Bennett showed faith in selecting him for the Maroons in November.

"Wayne spoke to me and pretty much said, 'I'm picking you on what I know that you're capable of'. For him to say that, a coach of his calibre, it gave me a lot of confidence," Hess said.

"It made me believe in myself a bit. Maybe last year I was questioning myself a bit. But to have a coach of his calibre give me that kind of praise, I really took that on board.

"Even [assistant coaches] Mal [Meninga] and Neil [Henry] in training camp, I just tried to be a sponge and learned as much as I could off them.

"They really drilled into us how important it is to train at an intensity you play at, and that's what I tried to bring back [to the Cowboys]." 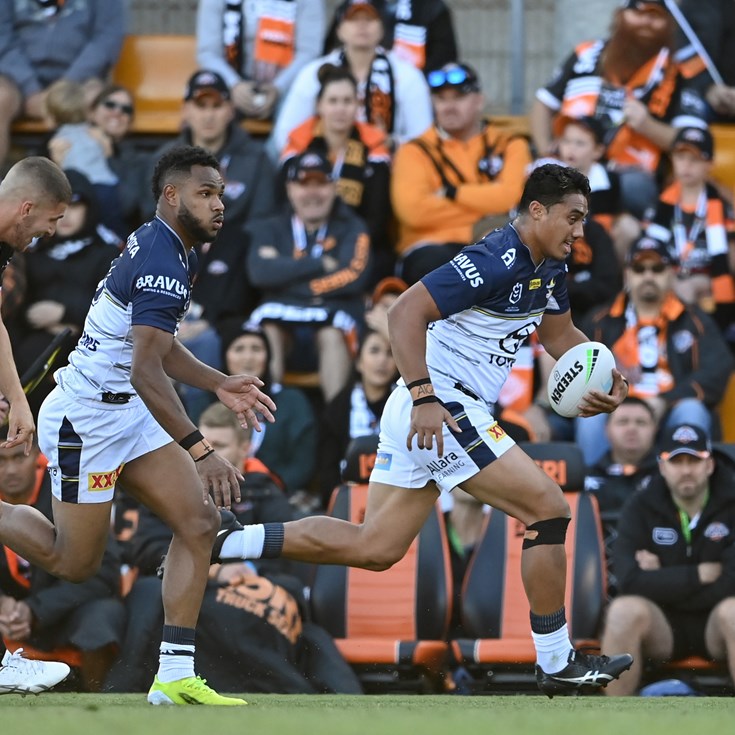 Error-prone Cowboys too tentative to go for the kill: Payten