The Wests Tigers will be written off by many in the lead-up to Sunday's clash with the Sydney Roosters but coach Michael Maguire will not care too much about being the underdogs.

His Tigers started strongly against the Raiders in Canberra in round one but missed too many tackles in the second half as they watched a 6-6 deadlock at the break end in a 30-12 defeat.

The Roosters strung together a scintillating 80 minutes to kick off their title campaign with a 46-4 drubbing of Manly at the SCG with James Tedesco and Brett Morris each racking up a hat-trick of tries but the head knock to Jake Friend took some of the gloss off the victory.

Wests Tigers: Speedster James Roberts is out of the match with a shoulder issue and his place is taken by Tommy Talau, with Michael Chee Kam joining the bench.

Adam Doueihi returns from the shoulder charge suspension he incurred in the final game of 2020 and will slot in at five-eighth with Moses Mbye bumped to the bench and youngster Daine Laurie retaining the fullback job.

Russell Packer and Alex Seyfarth were omitted from the squad on game day after Roberts and Jock Madden dropped out of the squad 24 hours before kick-off.

Wests Tigers have not defeated the Roosters at Campbelltown since 2003.

Roosters: The Roosters are 1-17, with Sam Walker and Egan Butcher dropping off the extended bench on game day.

Hooker Jake Friend suffered a concussion early in the second half against Manly and has been replaced by Freddy Lussick, while Drew Hutchison replaces Adam Keighran (dislocated wrist) on the bench.

Back-rower Angus Crichton has accepted a one-match ban for a crusher tackle. His absence means Nat Butcher has been promoted to the starting side and debutant Fletcher Baker has won a bench spot alongside Jared Waerea-Hargreaves and Daniel Suluka-Fifita.

The Roosters have won 14 of their past 15 games against Wests Tigers.

Daine Laurie v James Tedesco: Players don't start the season much hotter than "Teddy" did against the Sea Eagles so it'll be all hands on deck for the Tigers if they are to nullify the No.1 gun.

Former Panther Laurie's first competition hitout for Wests Tigers was an unqualified success. The recruit was composed at the back and with more game time will only improve as he settles in at the club.

There should be plenty of attack on show in this contest. The Roosters led the league in tries scored (4.6) and line breaks (5.3) last season, while the Tigers ranked sixth in both categories despite missing the finals. 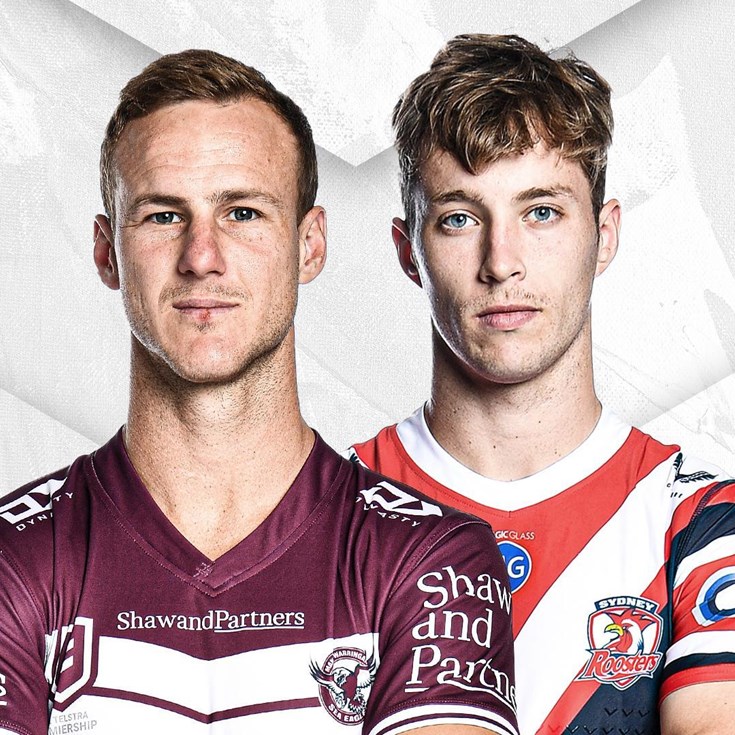