Andrew Fifita’s snubbing for last week’s match against St George Illawarra has Cronulla forwards on edge as they know he will take their spot if they don’t perform.

Fifita asked to play for Newtown in last Sunday’s Knock On Effect NSW Cup match and was due to turn out for the Jets again on Friday night at Central Coast Stadium before the game was postponed due to wet weather.

According to Sharks team-mates, he has been training hard and reminding coach John Morris that he wants his front-row spot back.

“His attitude has been unreal, he is coming in and ripping in,” former Kangaroos prop Aaron Woods said.

“He asked to play for Newtown last week so to the big boy’s credit he hasn’t dropped his lip. He is working real hard and he just wants to get that jersey back.

“No one is safe. You are just wearing the number, it is not your number. You have just got the jersey that everyone is working real hard to get. It’s the Cronulla Sharks jersey but we are privileged to wear it.”

Fifita has played 224 NRL matches, 17 Tests (10 for Tonga and seven for Australia) and made 10 State of Origin appearances for NSW.

However, the selection decision by Morris has let the Sharks players know that reputations mean nothing at Cronulla this season.

Woods said Morris has not spoken to other players about Fifita’s axing but simply announced the team without him being in it.

Meanwhile, Cronulla players are hoping it will be a case of third time lucky against the Raiders after playing them in two of their last three premiership matches.

Canberra won their last round clash at Netstrata Jubilee Stadium and the opening finals match at GIO Stadium a week later.The Raiders were without England hooker Josh Hodgson on both occasions.

“He is a great player and a big threat in the middle. He is very smart so if we are not focused or switched on he will definitely pull our pants down,” Sharks hooker Blayke Brailey said.

“It is a good test for us, they have got a good forward pack and they are a top-four team so we need to be switched on both physically and mentally.”

“As a young player coming through the juniors he was someone you always looked up to and aspired to be like,” Brailey said.

“He can always come out of the line to put a big shot on to bring the team’s energy up and on the flipside he is great with the ball.

“He was always in and around the club with the juniors so for me to get the chance to play in his 250th game is a special moment.” 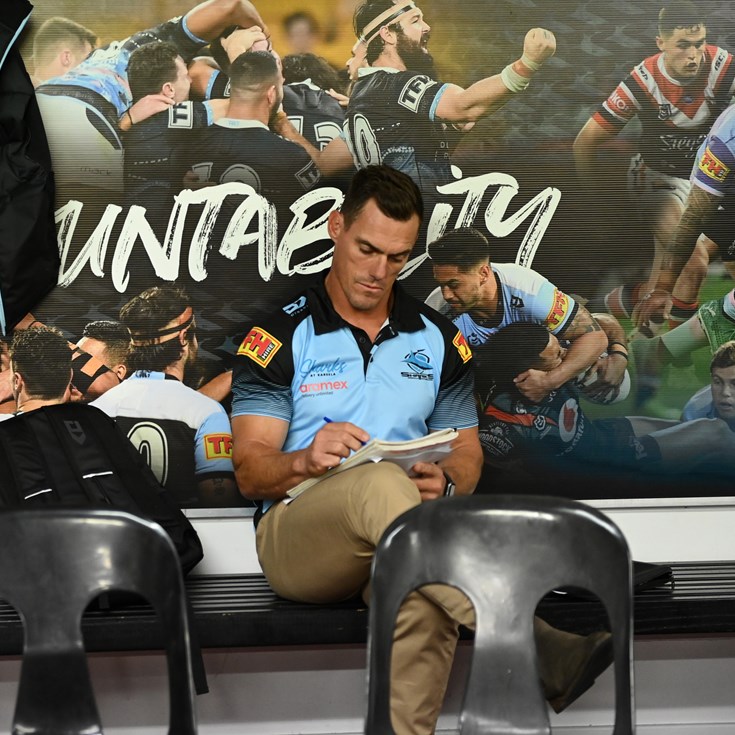