The Knights have every right to feel good about themselves heading into Mitchell Pearce's 300th NRL match.

The former Rooster has seen just about everything in the game. What better way to celebrate a milestone than to play a starring role in helping the Knights continue their winning start to 2021.

Newcastle will face a Wests Tigers side that had a very unhappy day against the Roosters last weekend. A 40-6 loss means they've now conceded 70 points over their opening two matches.

If Michael Maguire's men are serious about reaching the finals, avoiding an 0-3 start is crucial.

Knights: Englishman Dominic Young will make his NRL debut in the centres following Saturday's withdrawal of Bradman Best due to an elbow injury.

Young's promotion into the starting side sees Gehamat Shibasaki moved onto the wing and Starford To'a joining Pasami Saulo as the two players left out an hour before the match.

In another late reshuffle, Sauaso Sue will start at lock with Connor Watson on the interchange bench.

Five-eighth Kurt Mann (knee) is set to make a swift return after his late withdrawal from the side to play the Warriors.

His replacement Phoenix Crossland was suspended for a crusher tackle.

Newcastle's injury ward will begin to empty over the coming weeks with Edrick Lee (foot) expected back next week, Kalyn Ponga (shoulder) in round four or five, and veteran playmaker Blake Green (knee) somewhere between rounds five and eight.

As well as Best, Nathanael Sasagi was left out 24 hours before the match.

The Knights outscored Wests Tigers 86-28 across two clashes in 2020.

Wests Tigers: Michael Maguire's side will start 1-17 with Michael Chee-Kam and Russell Packer the two players left out an hour before kik-off.

Maguire confirmed after the loss to the Roosters that James Roberts (shoulder) would return and the centre has been named.

Joey Leilua is the man to make way, paying the price for an abject defensive display on the left edge. It remains to be seen whether Maguire will move Roberts from the right to help plug-up their defence.

Zane Musgrove will return from suspension to a place in the front row with off-season recruit Joe Ofahengaue dropping back to the bench and Michael Chee Kam joining Joey Leilua in the reserves.

Hooker Billy Walters (knee) and back-rower Shawn Blore (wrist) will not be back before round six at the earliest.

Joey Leilua and Alex Seyfarth were the two players left out on the eve of the match.

Wests Tigers have won three of their past four games at McDonald Jones Stadium.

Daniel Saifiti v Joe Ofahengaue. The questions that were asked when Saifiti was first picked to play for NSW aren't being asked anymore as he has become one of the best front-rowers in the game.

There appears no reason why Ofahengaue can't play at the same standard as the man he'll line up against on Sunday.

Joseph Leilua was credited with seven missed tackles and three ineffective tackles while completing just nine tackles against the Roosters. That's a tackle efficiency rate of 47.4%. 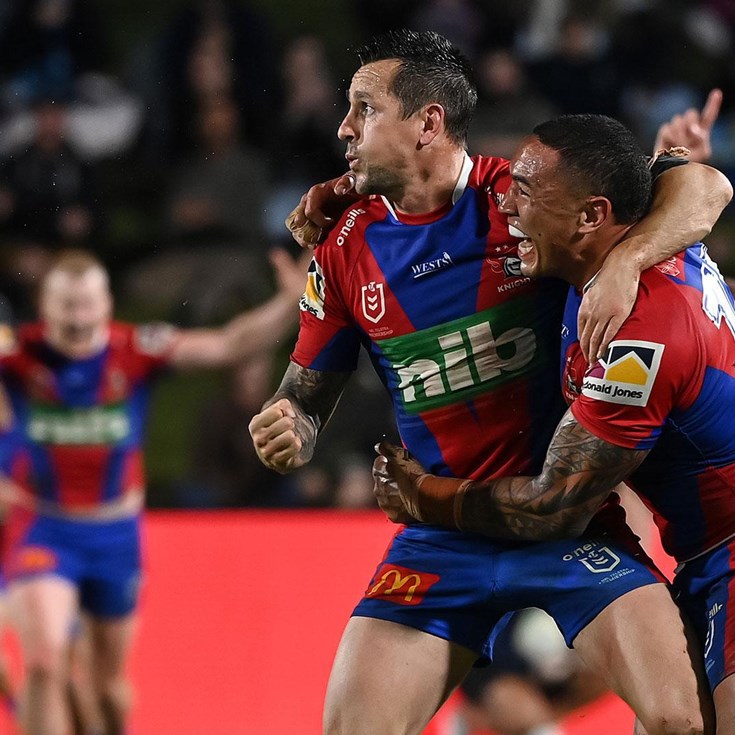