Wests Tigers gave themselves a timely boost with their surprise win over Newcastle ahead of their local derby against the undefeated Eels in KFC Monday Football.

Newcastle had form and emotion on their side on Sunday but the under-pressure Tigers spoiled halfback Mitchell Pearce's party with a 24-20 win.

They will need all the confidence they can muster when they confront a Parramatta side that has swept all before it in 2021 and is sitting pretty in second place on points difference behind the Panthers.

Wests Tigers: Coach Michael Maguire has named an unchanged squad for the local derby after a morale-boosting weekend saw the team not only pick up two points but also avoid the injury carnage that battered so many sides.

The club's only absentees, Shawn Blore (wrist) and Billy Walters (knee), are both at least two weeks away from a return to action.

Joey Leilua and Alex Seyfarth were dropped from the squad 24 hours out from kick-off. Russell Packer and Michael Chee Kam were left out on game day.

The Tigers are chasing back-to-back wins for the first time since Round 7, 2020.

Eels: Ryan Matterson was named to return from a head knock but was omitted from the squad an hour out from kick-off.

Matterson's absence in the second-row has again been taken by Isaiah Papali'i with Keegan Hipgrave promoted from the reserves to the interchange.

Back-rower Bryce Cartwright was included among the reserves after recovering from a broken jaw suffered in a pre-season training accident but missed out on the game-day 17 and played in the NSW Cup curtain-raiser.

Jordan Rankin and Haze Dunster were omitted on Sunday.

Sivo has scored three tries in his past two outings, including a double in Parramatta's incredible win over the Storm, while Nofoaluma crossed in rounds one and three.

Sivo's Eels partner Blake Ferguson also bears mentioning after his double against Cronulla took his tally to three in three games after a difficult 2020.

Offload masters Parramatta (No.1 in 2020 and again so far in 2021) have also got Wests Tigers well covered when it comes to making forward progress.

They lead the NRL with 5845 run metres already in 2021, more than 300 meters ahead of the next-best Panthers, while Wests Tigers languish in 15th place on the table more than 1500 metres adrift. 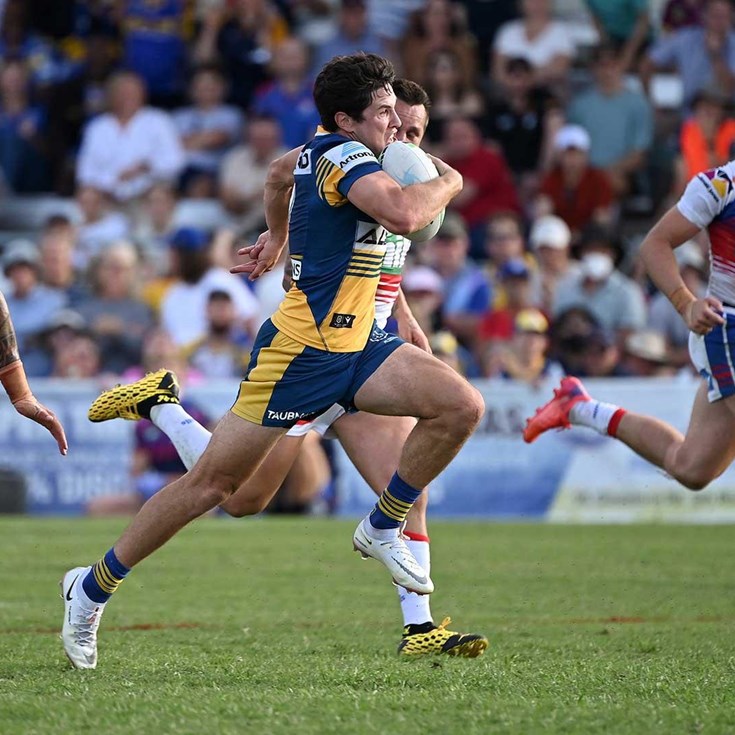