Canberra lock Ryan Sutton's second try in as many matches was dedicated to his mother in England and her late cousin John, who passed away before Saturday night’s 20-4 win over Gold Coast.

Sutton, who had scored his first try in three seasons with the Raiders in the previous week’s 34-31 loss to the Warriors, crossed late in the match at Netstrata Jubilee Oval and pointed to strapping on his wrist bearing John’s name.

"To get over the line was special and I dedicated that one to my mum, and my family back home," Sutton said. "She lost her cousin the other day to cancer and that was for him.

"I was on the phone to mum and she was in tears. All I wanted to do was give her a big hug and we are in a real hard position at the minute, with COVID and whatnot, not to be able to see your family.

Sutton rounds out the win for the Raiders

"I don’t really wear wrist strapping or anything but I said to my mum that if I did score a try, which doesn’t come often, I would dedicate it to him. He was definitely looking over me.

"I hope the family back home are going well and staying strong. The good thing about family is that we rally around each other and I can still sit on the phone to them and chat to them over there."

With Sutton being one of five English players at Canberra, along with Josh Hodgson, Elliott Whitehead, George Williams and rookie second-rower Harry Rushton, he describes the club as a home away from home.

"We are a really big family and a family team, and it shows on the field in the way people rally around each other," Sutton said.

"There were a few times there [on Saturday night] that the Gold Coast looked like scoring but our wingers and fullbacks kept them out.

"I think we are in a really good position after three wins but we can’t get carried away. We have got some really tough games coming up and we are looking forward to playing those teams. I think we have got really good chemistry within the team so we have just got to keep it up."

With Kiwis lock Joseph Tapine suffering an ankle injury against the Warriors, Sutton started the round four clash with the Titans and he ran for 180 metres with the ball and made 40 tackles.

"It was good to get out and start but I am happy to play any role that Sticky [coach Ricky Stuart] wants me to play," Sutton said.

"You prefer playing bigger minutes but I have had to change that, especially if I am coming off the bench. You can’t just come on and take five or 10 minutes to get into the game. It’s not that easy anymore because the game is so fast." 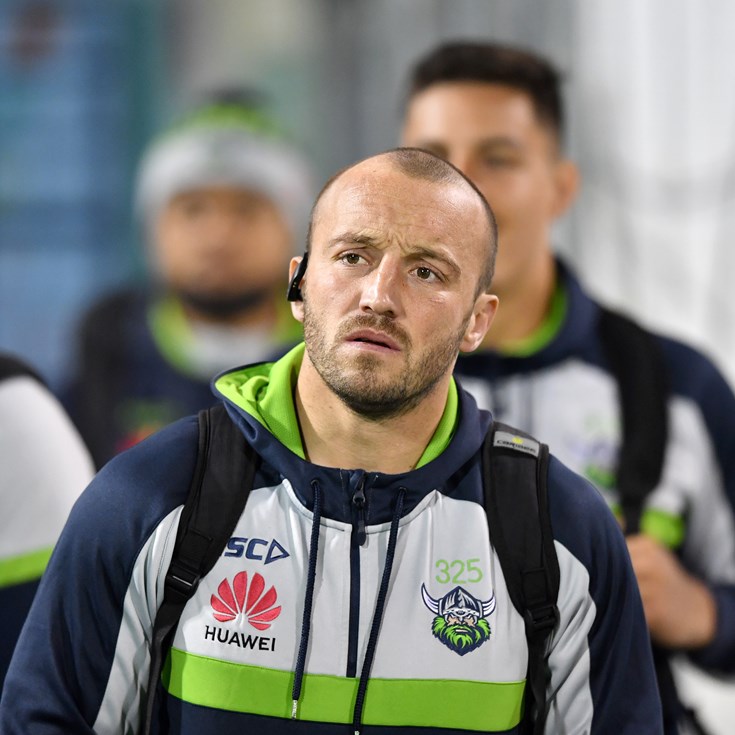