The Gold Coast are coming off a loss and another hit to their play-making stocks but are developing a steely attitude that will help when they host Newcastle on Saturday.

One of the NRL's pre-season darlings, the Titans are sitting 2-2 and just outside the eight but said all the right things after their defeat at Netstrata Jubilee Stadium.

More importantly, their big off-season acquisitions, David Fifita and Tino Fa'asuamaleaui, have stood tall even in the defeats.

The Knights, meanwhile, suffered a string of injuries to key players in Sunday's loss to St George Illawarra. It was the second defeat in as many weeks at home.

Titans: Ash Taylor is a late inclusion in the Titans halves after recovering from a broken hand, with Tanah Boyd dropping out of the squad. Beau Fermor is the 18th man.

Halfback Jamal Fogarty will play despite failing to finish the round-four loss to Canberra after a cork to his quad. Centre Brian Kelly makes his return from a broken hand.

Kelly's comeback will push Phillip Sami back on to the wing with Anthony Don (hip injury) making way.

Herman Ese'ese and Sam McIntyre were the two players left out 24 hours before the match.

The Titans have scored 30 points or more in their past five games against the Knights at Cbus Super Stadium.

Knights: Chris Randall will start at lock with Sauaso Sue to come off the interchange. Jack Johns dropped out of the extended squad on game day while Nathanael Sasagi is the 18th man.

Kalyn Ponga has recovered from his shoulder injury and will play his first match of 2021, while David Klemmer will also start after avoiding a serious knee injury last week.

Brayden Musgrove and Garrett Smith were the two players omitted 24 hours before kick-off.

The Knights have not won on the Gold Coast since 2015.

David Fifita v Tyson Frizell. An Australian team would happily have this pair as its starting back-rowers. The clash between proven performer Frizell and young star Fifita should be something else. Both have started 2021 strongly.

Blake Green played 30 minutes and made three runs, made seven tackles and put in seven kicks in his return match from an ACL injury. With Mitchell Pearce out, an 80-minute performance will be expected of him against the Gold Coast. This is precisely what they signed him for. 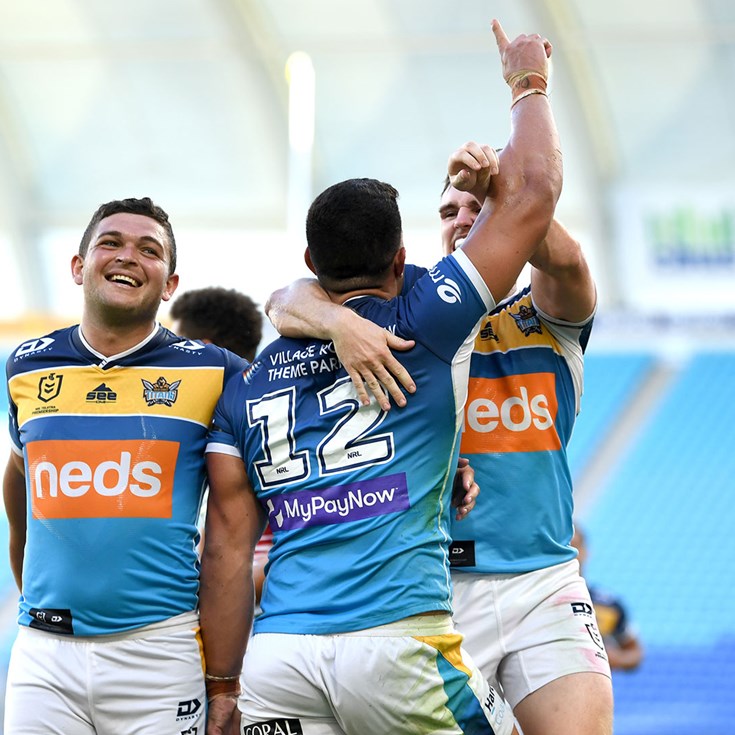