The Warriors have won only one in every three games against the Sea Eagles over the course of their rivalry but the tables turned after the COVID-19 stoppage of 2020.

And the recent trend looks all-but certain to continue on Friday at Central Coast Stadium with the Warriors showing glimpses of the form that had many expecting big things from them in 2021 while Manly are mired in an 0-4 start.

The Sea Eagles have problems all over the park and time is running out for coach Des Hasler to address them if the Sea Eagles' faint finals hopes are to keep flickering.

Warriors: A late change for Nathan Brown with Paul Turner coming on to the bench in jersey 20 and Josh Curran to be the 18th man. Rocco Berry was the other player cut an hour before game time.

Addin Fonua-Blake (knee), Bunty Afoa (suspended) and Bayley Sironen (shoulder) are unavailable. Leeson Ah Mau and Tohu Harris are set to start at prop while Jack Murchie has moved from the bench into the back row.

Kane Evans has been included on the interchange to play his first match for the club after increasing his fitness through the Queensland and NSW Cups. Tom Ale has also been named on the bench.

Jackson Frei and Taniela Otukolo were cut from the squad 24 hours before kick-off.

Nathan Brown will reach the milestone of 250 games as an NRL coach.

Sea Eagles: Josh Aloiai has been promoted to the starting side an hour before kick-off with Martin Taupau going to the bench.

Utility Cade Cust is out of the Manly team with a virus and his place on the bench is taken by Tevita Funa. The other player to drop out of the squad on Thursday was Ben Trbojevic while Christian Tuipulotu was omitted an hour before game time and Zac Saddler is the 18th man.

The Sea Eagles conceded 40 points in each of their past two games at Central Coast Stadium.

Tohu Harris v Jake Trbojevic: With disruptions in the packs, backs and spines of both clubs, one constant for both clubs is their ever-reliable locks.

While Harris can occasionally start or spend time on an edge, both players do their best work rolling up their sleeves in the middle where their respective passing games and huge motors are vital cogs for their sides.

Trbojevic has cut a frustrated figure amid Manly's woes this year while the Warriors' best footy has coincided with Harris getting his hands on the footy as much as possible.

While it might seem like defence is Manly's problem, given they have conceded an average of 39 points per game in their four losses in 2021, their shocking completion rate is just as much to blame.

The Sea Eagles rank 15th in completion rate, a measly one per cent above last-placed North Queensland and well behind the No.1 Warriors, and are No.2 for missed tackles, again just behind the Cowboys, while the Warriors trade places with them and sit 15th. 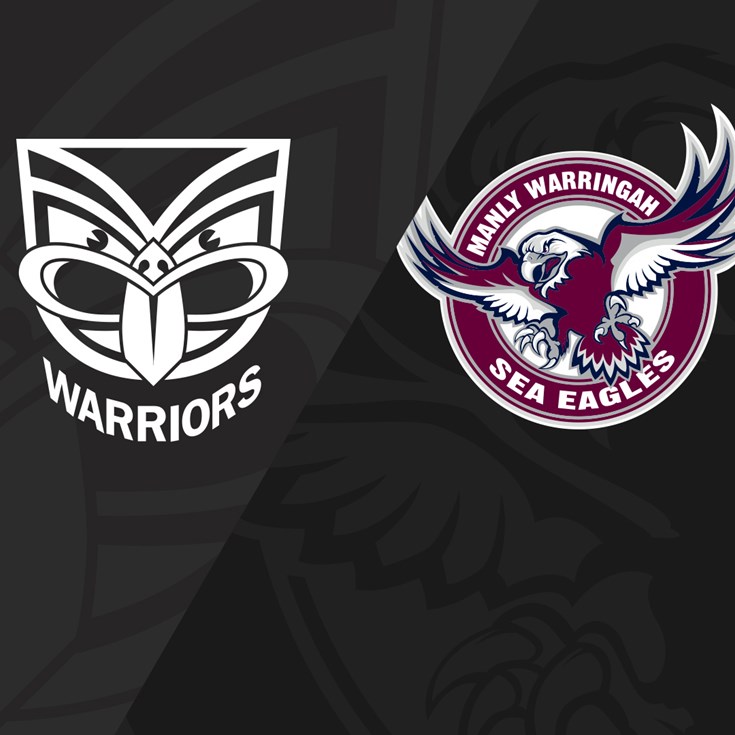