Raiders co-captain Josh Hodgson has confidence in Caleb Aekins replacing Charnze Nicoll-Klokstad because that's what the former Panthers fullback exudes on and off the field.

Aekins will take over from Nicoll-Klokstad in the No.1 jersey, starting with Saturday's GIO Stadium stoush with Parramatta, after he was ruled out indefinitely with a neck injury.

Canberra coach Ricky Stuart consulted his senior players about the best way to replace CNK and Aekins was given a resounding thumbs-up.

"Stick was obviously thinking of a few options and tossed up a few different ideas to me and the other senior boys about what we were thinking and what's his ideas, and as soon as he mentioned Caleb we were all on board," Hodgson said.

"He's played NRL before, he's really impressed us this pre-season and just how he conducts himself and how safe he is at the back in training and in games in NSW Cup.

"I'm really looking forward to him making his debut for the club.

"He just gives you that confidence. That's what you need when you're in your defensive line and in those moments in a game, you just need to be confident that the bloke behind you is just going to keep returning it back for you and putting people in the right spots.

"He definitely does that in training when he's jumped in there with us and watching him in Cup, he's definitely been doing that too so speaking to a few of the other boys that have played alongside him in Cup too, they've echoed what we felt anyway so I'm really excited for him to play this week."

Hodgson was taken off in the loss to Penrith last Friday with a hip injury but will be good to go for the Eels clash.

"It was a bit of a weird one, I don't really know what happened. My hip just locked up a bit for some reason, got a bit of a click and I was a bit worried at first but then it seemed to release pretty good.

"All good, I'll be right to train today and should be sweet for this week."

Curtis Scott has been named to return from a rib injury and Hodgson expected the centre would pass his final fitness test.

"He's got a fitness test today, after that we'll see how he is but he feels confident, feels good and he'll be a good addition to have back in the team."

Last week's injuries were no excuse for a below-par performance against the Panthers, he added, with the side looking to bounce back against an Eels team coming off their first loss of 2021.

"We were off in a lot of areas on the weekend. Having a look back, even when Charnze was on we were just off in probably 10% in a few different areas," he said.

"You add them up it certainly, you end up being a long way off in the end which we were on the weekend.

"No discredit to Penrith, they're a great team and we knew we were going to have to be good to go up there and get a win and we just weren't, whether we lost Charnze or not, we can't sugar coat it, we're a pretty honest group with ourselves in terms of our own performances and what we needed to do.

"We were just off, you can't blame injuries and excuses, that's just footy, that's going to happen. 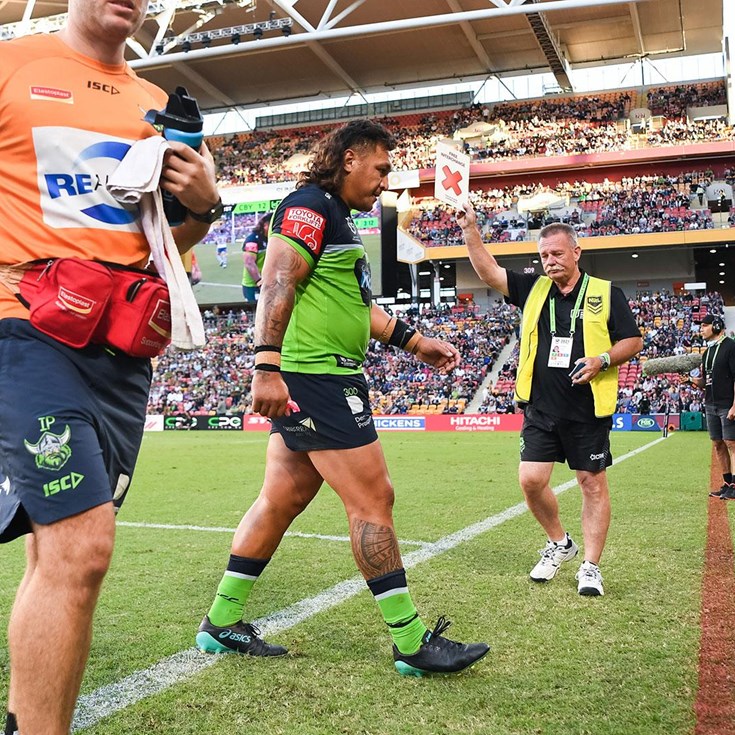