South Sydney had the bye in round 13 to rest up after their big win over the Eels a week prior, while the Knights come into this one off a battering from those very same Eels.

Missing a stack of regular first-graders and with new half Jake Clifford on club debut, the Knights were off the pace from the get-go against a fired-up Parramatta, going down 40-4 on Old Boys' Day and quickly consigning an impressive round 12 win over Manly to the memory bank.

They may not get too many reinforcements this week but will be hopeful of having Origin prop Daniel Saifiti available, while Souths will be sweating on Damien Cook, Latrell Mitchell, Cameron Murray, Dane Gagai, Jai Arrow and Jaydn Su'A getting through Wednesday night without incident.

Souths will be hoping their two stumbles against the Panthers and Storm are put behind them and enter this clash in fourth place while the Knights drop to 14th with the Sharks and Raiders leapfrogging them thanks to bye points.

Rabbitohs: Origin duo Damien Cook and Cameron Murray will be rested from the South Sydney team that will face Newcastle on Saturday.

Benji Marshall will slot in at hooker and Hame Sele is the new lock with Murray out. Liam Knight and rookie hooker Peter Mamouzelos join the interchange.

Jaydn Su'A and Latrell Mitchell will back up from the match in Townsville.

The Rabbitohs had already ruled out Maroons representatives Dane Gagai and Jai Arrow.

Josh Mansour and Tautau Moga dropped out of the extended squad 24 hours before kick-off.

The Rabbitohs have won 10 of their past 12 games against the Knights.

Brayden Musgrove dropped out of the side on Friday and his place on the wing is taken by Dominic Young, who plays his second game of the season.

Blues prop Daniel Saifiti has been named to back up after getting through 50 minutes in Origin I.

An injury to Starford To'a will see Kurt Mann shift to the centres and Enari Tuala onto the wing.

Jirah Momoisea was the other player to drop out of the squad on Friday.

The Knights have won three of their past four games at Stadium Australia.

Damien Cook v Jayden Brailey: Assuming Cook backs up from Origin, which he usually does, the work of the two No.9s will be vital. Brailey has been a little quiet of late while Cook's form picked up just in time for Origin.

Cook had a try and a try assist in his last outing against the Eels having registering none of either since round four. Brailey still leads Cook in both departments so far this year with three tries to two and four assists to three.

Souths flyer Alex Johnston had a whopping six line breaks in his three-try last-start outing against the Eels (the most by any player in one game this year), taking him to 18 for the season - three clear of Josh Addo-Carr and Reuben Garrick in joint second place on 15. 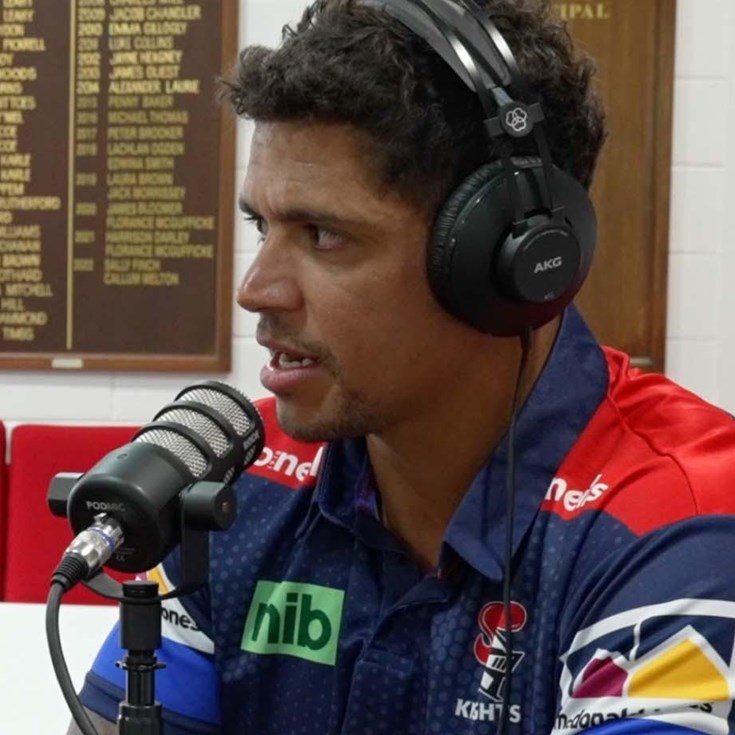