With Origin now behind them Ivan Cleary and his Panthers will be looking to take thing up a notch as they strive to secure back-to-back minor premierships.

The good news is that five of their Origin stars are already back in the fold and firing while Jarome Luai returns from injury this week.

The Panthers will get a chance to edge back ahead of their arch-rivals when they meet the Storm in round 20.

The outlook is not nearly as rosy for Brisbane, who once again failed to register back-to-back wins for the first time since the opening two rounds of the 2020 season when they squandered four leads before collapsing against Wests Tigers.

Brent Naden moves from the reserves list to the interchange bench with Paul Momirovski joining Koroisau as the two players left out 24 hours before the match.

Matt Eisenhuth was the last man omitted an hour before kick-off and Jaeman Salmon is 18th man.

Tyrone May retains the No.7 jersey with Luai's regular partner Nathan Cleary (shoulder) scheduled to return next week for the round 20 clash with Melbourne.

Kiwi forward James Fisher-Harris has been named after pulling up sore following a clash with Viliame Kikau in the final stages of their win over the Warriors.

Fisher-Harris could play his last game for the Panthers on Saturday for a couple of weeks with an expected return to Sydney on the cards due to the birth of his second child.

The Panthers have won their past six games in Queensland.

Broncos: TC Robati suffered a leg cork last week and has been ruled out with Ethan Bullemor promoted to the interchange. Robati will fill the 18th man role.

Jesse Arthars drops out and Cory Paix is the new man on the bench.

Xavier Willison and Xavier Coates were the two players left out 24 hours before the match.

The Broncos have conceded more points in their past five games than the Panthers have in all of 2021.

Matt Burton v Kotoni Staggs: Burton returns to the centres, where he has had so much success this season, after handling playmaking duties during the Origin period.

A move that began as injury cover saw Burton score tries in his first four appearances and cement his spot. He has crossed for nine of his 12 tries in the centres and only gone try-less twice when picked in the outside backs.

His Broncos rival did not make his season debut until round 16 and has made a powerful impression in a short two-game sample. Staggs produced a try assist in his comeback match against the Sharks then crossed for his first four-pointer in 2021 before things went pear-shaped in the loss to Wests Tigers.

Winger Brian To'o continues to churn out the metres despite adding State of Origin duties to his portfolio, knocking out 273 in total against the Warriors in round 18 including just shy of a century in post-contact metres.

The powerhouse Panthers winger tops the NRL in run metres with 3761 (331 metres ahead of second-placed Roger Tuivasa-Sheck) and post-contact metres (286 metres ahead of next-best Daniel Tupou). 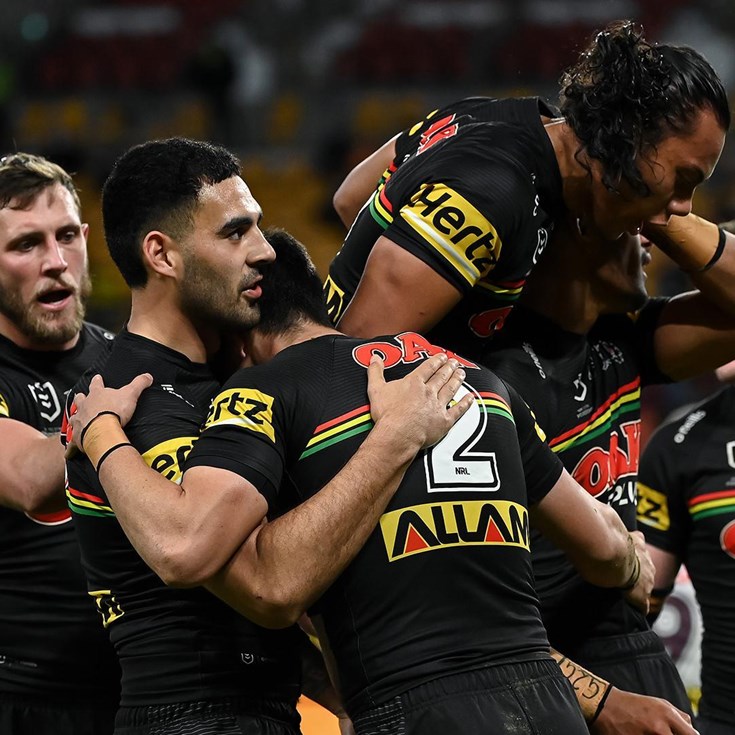