Things are getting desperate for the Warriors when it comes to them featuring in the finals.

Not only are they four points adrift of the top eight with seven games remaining, there are six teams between them and eighth spot. Another loss this week could just about end their hopes of playing beyond round 25.

There are no such problems of that nature for the Rabbitohs. They would need to lose three of their final seven matches to have any chance of missing a top-four finish.

The minor premiership is still in the equation for Wayne Bennett's side.

Rabbitohs: Campbell Graham has been ruled out (concussion protocols) with Taane Milne elevated to the starting side at centre and Braidon Burns the new face on the interchange.

Milne has shifted to the interchange with Jaxson Paulo and Josh Mansour earning recalls on the edges with Alex Johnston sidelines with a hamstring injury.

Dean Hawkins was culled from the reserves on Friday.

Jai Arrow returns on the bench after serving a suspension for a breach of COVID protocols while in Maroons camp.

Rabbitohs five-eighth Cody Walker has scored eight tries in his past six games against the Warriors.

Warriors: Reserve forward Ben Murdoch-Masilia and utility Sean O'Sullivan have been dropped from the squad 24 hours out from kick-off.

Kodi Nikorima returns to the starting side at five-eighth with Roger Tuivasa-Sheck (concussion) sidelined.

Adam Pompey comes into the centres in place of Rocco Berry (hamstring) while Jazz Tevaga takes over at hooker for Wayde Egan (shoulder). Bunty Afoa and Taniela Otukolo are the new faces on the bench.

Adam Reynolds v Chad Townsend: Both men will be wearing different colours in 2022, but right now their focus remains on maximising the results of their respective sides this season.

It will be sad to see Reynolds walk off the field in Rabbitohs colours for the last time, but for Townsend, his half-season at the Warriors carry nowhere near as much sentimentality.

Addin Fonua-Blake arrived at the Warriors as one of the prized recruits of 2021. A knee injury meant a lengthy stint on the sidelines, but last weekend he showed just why the Warriors were so keen to sign him.

He ran for a momentous 257m, with 123 of those coming after contact. He also had a tackle efficiency rate of 94 per cent. 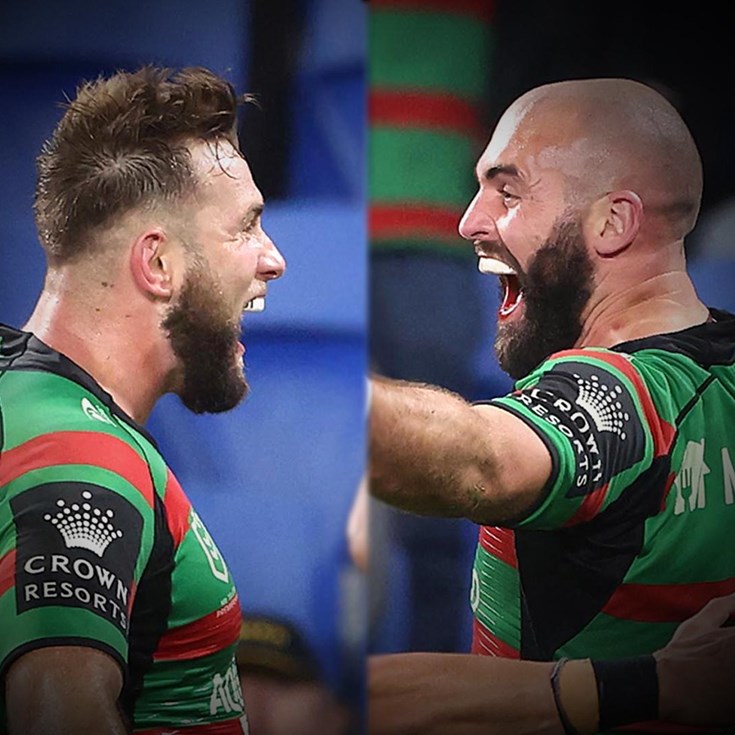