With the State of Origin period now in the rearview mirror both of these clubs can put all their attention towards the race to the finals.

The Roosters have copped a brutal run of injuries this year yet find themselves in fifth place, with their only defeats since round 11 coming at the hands of last year's grand finalists Melbourne and Penrith.

After beating the Bulldogs and Cowboys they are chasing three straight wins for the first time this season, and face a Newcastle side battered and bruised by last week's thrashing by the Storm.

Newcastle were without Mitchell Pearce and Daniel Saifiti in that game and lost Kalyn Ponga and David Klemmer to first-half head knocks, and will be much improved if all four return this week.

But will it be enough to match it with an in-form Tricolours outfit?

Roosters: The Roosters will start 1-13 with Adam Keighran the 18th man.

Siosiua Taukeiaho (hamstring) failed a final fitness at Thursday's training run and he is out, replaced on the bench by Fletcher Baker.

Lachlan Lam, Nat Butcher and Egan Butcher are also on the bench.

James Tedesco is back from his post-Origin rest so Joey Manu returns to the centres partnering Billy Smith, with veteran Josh Morris omitted.

The Roosters have won nine of their past 10 games against the Knights.

Knights: No late changes for the Knights, with Tex Hoy to be the 18th man.

Kalyn Ponga will play but prop David Klemmer will miss Friday's clash against the Roosters due to concussion symptoms.

Klemmer indicated he had symptoms of headaches following the side's loss to the Storm last week and will be rested with Jack Johns coming onto the bench.

The Saifiti twins, Daniel (ribs) and Jacob (ankle) will play.

Simi Sasagi and Lachlan Fitzgibbon dropped out of the extended squad on Thursday.

Knights winger Dominic Young has scored four tries in his past four games.

James Tedesco v Kalyn Ponga: The Knights custodian will need to pass concussion protocols to be ruled fit for this contest against his State of Origin rival, having arguably outplayed NSW No.1 Tedesco in Queensland's Game III victory.

Tedesco has almost flown under the radar this season with Manly's Tom Trbojevic challenging his status as the game's premier fullback, but remains a crucial cog in attack and defence for the Roosters and a player capable of busting through a defensive line at any time.

The fleet-footed Ponga is an even more crucial player for the Knights, who have struggled badly without his attacking spark this season.

Newcastle have defeated the Roosters just once in their past 10 meetings, a run stretching back to 2015. In that period the Tricolours outscored Newcastle 324 to 120 – an average margin of 32 points to 12 – with the Knights' lone victory a 38-12 win in 2019 in which Kalyn Ponga scored 18 points. 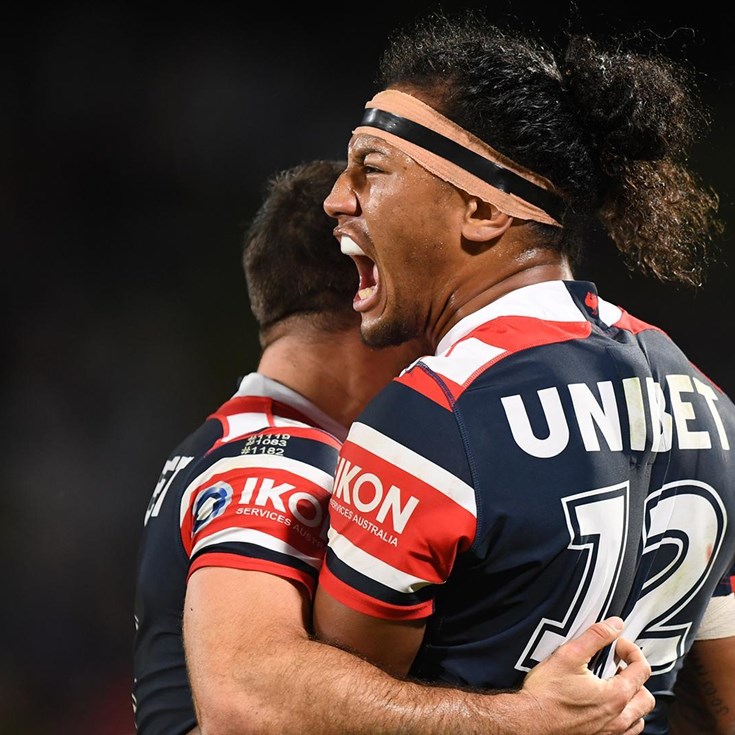