Is it time to snap up Jason Taumalolo or Reed Mahoney? Who are the best bargains available this week? And why do my good players keep getting injured?

It's another big week of questions for NRL Fantasy coaches.

Who are the new dual-position players?

The third and final batch of dual-position updates kicked in this week, with the following players now available in two positions:

Who to trade for in for Tohu Harris – Taumalolo or Mahoney? My current hooker options are Watson or Croker, middle forwards are Haas, Papali'i and Thompson.

Both Jason Taumalolo and Reed Mahoney are good options but in your case, I'd probably lean towards Mahoney, with the option to use him as your starting hooker and play Watson on your bench. Lachlan Croker is the only player listed above who is averaging less than 50 this season so could be used as your 18th man.

Hodgson or Mahoney? Or Both?

Mahoney. Hodgson has never been a great Fantasy scorer in the past and while he's averaging 51 this year (and 55 recently) that's still 10 points per game below Mahoney, who has scored more than 70 five times this year – including last week's 77.

Who's the best cheapie to get to free up some cash? Was looking at Savage but he's gone now.

Xavier Savage would have been the best of them had his season not been ended by a shoulder injury so in his absence I'd consider Roosters centre Billy Smith – who could be a cut-price keeper at $282k if he can hold a spot over Josh Morris – or Kobe Hetherington ($274k) who is starting at lock for the Broncos this week and just became a dual-position hooker/middle forward.

Both are a little risky but at worst free up a lot of cash and at best provide some scoring upside as handy reserves.

Tevaga or Olakau'atu a good trade in this week?

I've owned Jazz Tevaga but actually prefer Manly's Haumole Olakau'atu this week. He's a dual-position forward, can find his way to the line and is playing upwards of 70 minutes a game at the moment.

He is averaging 58 in those big-minute games – albeit with a try per game – but even without tries could outscore Tevaga who is now being used at hooker where his scores tend to dip.

What to do with Cleary if you need to win H2H in the next few weeks?

It's a tough week to answer this one – he was a definite sell for head-to-head coaches who were desperate for wins when he first got injured a few weeks ago, but there's now the prospect that he could return as soon as next week.

If you absolutely need a leg up in the short term, can do something valuable with all the cash he frees up and can plan a way to bring him back into your team quickly when he does return, you could still trade him out now.

But otherwise, if you've held him this long you may as well wait another week or two, hope he returns fast and save yourself a couple of trades.

Is Liddle a sell or hold? Recent average has been great but last week's score and minutes are concerning.

With Moses Mbye playing a bench hooker/utility role at the Tigers at the moment, Jacob Liddle is probably a sell. 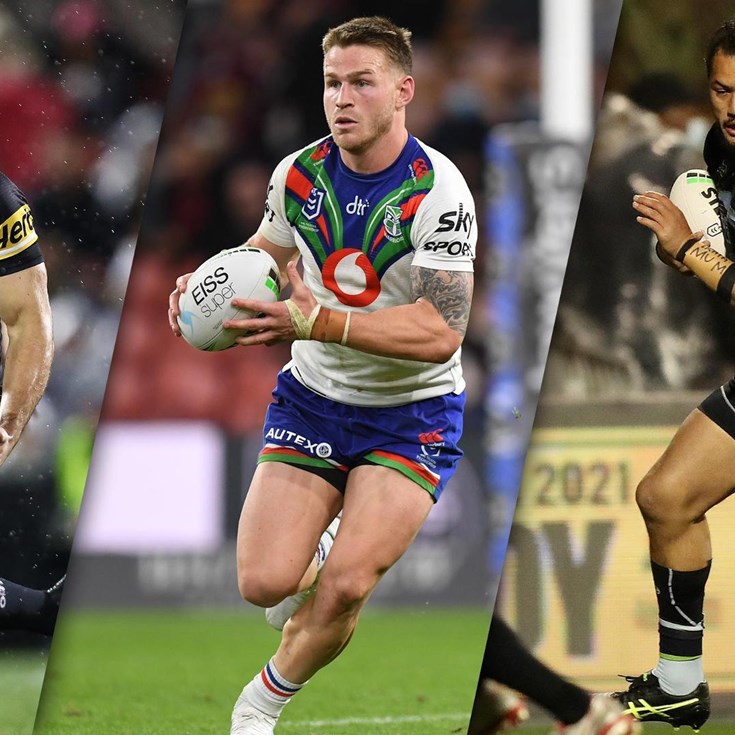