Hannah Southwell says the progression of the women's game and motivation to help create more opportunities for female athletes were among the many reasons she's joined the RLPA board.

Southwell created history on Thursday by becoming the first female player to be appointed on the RLPA board, joining the likes of general president Daly Cherry-Evans and CEO Clint Newton in the nine-person leadership group.

It's a huge step for the women's game with the 22-year-old business development manager set to represent female athletes ahead of their first NRLW collective bargaining agreement, which Southwell hopes to play a monumental part in.

"I'm just motivated by the past and helping set the women's game up for the future," Southwell told NRL.com.

"There are a lot of opinions going around about the women's game and a few other issues at the moment that with more player input we can hopefully get a resolution.

"It's something I've always wanted to be involved in and help give the players the best opportunity to progress.

"The RLPA as a whole know what's happening in the women's game but probably not as in-depth from a players' perspective and I'd like to be on the front foot there.

"Overall it's just fantastic that they've put someone on the board and can get a bit of inside knowledge on how the players are really feeling about things moving forward.

"With a lot of progression happening it's the perfect time to have a female player give their opinion and I'm really happy to do that."

Southwell, who excelled in soccer and rugby at the national level before becoming a household name in rugby league, believes leading female players had found their voices more than ever in the past 18 months.

"You've got the likes of Ali Brigginshaw, Kezie Apps and Millie Boyle along with the younger generation coming through who are all having their say," she said.

"We've all got the mentality that we're all very grateful to be on the park, but we're also at a point where we want to push the game in the right direction to more equality around pay, opportunities and rights.

"The women's RLPA advisory group has been a great stepping stone where we can be really open and honest with each other and I hope that continues to push us forward.

Like many, Southwell is waiting to hear on the immediate future of the NRL Telstra Women's Premiership before linking up with the Roosters for a third season.

The no-fuss forward, who claimed the RLPA players' player award last year, knocked back her hometown club Newcastle to remain with the Tricolours.

"I couldn't imagine playing for any other club in the women's game at the moment," Southwell said.

"I moved from the Dragons to the Roosters after the first year and feel like I've belonged there ever since.

"I did get approached by the Knights and it would be ideal to play with them considering where I live and some other circumstances but I'm committed to winning a premiership with the Roosters.

"They've done so much for me and I feel like I repay them."

NRLW clubs and officials hope to have more clarity around the future of the competition on Friday with an ARL Commission meeting set to confirm any changes to this year's plans.

NRL head of football Graham Annesley on Monday reiterated the competition would take place in 2021 but finer details would be reconsidered given the current COVID-19 lockdown in Sydney.

The fourth NRLW season was due to get underway in line with round 23 of the NRL Telstra Premiership but that aim is now clouded given clubs are yet to start training.

Any decisions made around the competition this season are set to have a huge effect on squad lists with clubs reluctant to announce any further signings given the uncertainty.

For example, Newcastle has a host of representative players from New Zealand who moved to Australia earlier this month and signed contracts but are yet to be officially unveiled.

Any delay resulting in the competition being pushed back to a later date could mean players' circumstances change with clubs preferring to wait on the competition's next steps before more players are revealed.

The Jillaroos and Kiwi Ferns could play each other at the end of the year to make up for not taking part in this year's World Cup after confirmation of the nations' withdrawals from the tournament on Thursday.

The ARL Commission and NZRL released a joint statement on Thursday afternoon confirming Australia and New Zealand would withdraw their teams from travelling to the UK later this year, which includes the women's national sides.

The Jillaroos have been desperate for international football having not played a Test match since 2019 with talks expected to get underway around possible alternatives following the NRLW later this year.

Hancock back in NRLW

Former Jillaroos and Maroons legend Steph Hancock will extend her NRLW career for another season with the veteran set to link with the Titans.

Hancock hasn't picked up a ball since crashing over for a decisive try in Queensland's win over NSW last year but has kept up her fitness levels and will be part of the inaugural squad.

Hancock played two seasons at the Broncos before shifting south to join the Dragons last year.

Former NSW playmakers Kirra Dibb and Melanie Howard are among a list of representative players who are yet to secure NRLW contracts for this season.

Dibb played three games for the Warriors last year but has struggled to find a new club in a sign of the increasing competition for spots in the women's game.

It's understood the Dragons and Knights were interested in her services but have since gone cold on the incumbent Jillaroo, who also lost her spot in the NSW side in 2020.

Howard, who started in the halves for NSW last year, is another yet to find a club after missing the first half of the season with a shoulder injury.

Studdon told NRL.com before women's State of Origin last month she would "play anywhere" but her performance in the representative fixture did her no favours.

Her former club, St George Illawarra, weren't keen to re-sign her in 2021, while the Roosters had already tied up their halves pairing.

Brander underwent ankle surgery in May but is expected to be available for the NRLW if a club comes knocking.

Her current club, Brisbane, has already locked in 15 players with their points cap limit likely to squeeze her out.

The NSWRL have extended their postponement of the Harvey Norman NSW Premiership grand final between Central Coast and Mounties.

Any delay to the NRLW competition will help the NSWRL stage the contest but with both sides unable to train in recent weeks players have gone back to training on their own.

The Roosters and Mounties advanced to the final by default after finishing first and second on the ladder respectively. 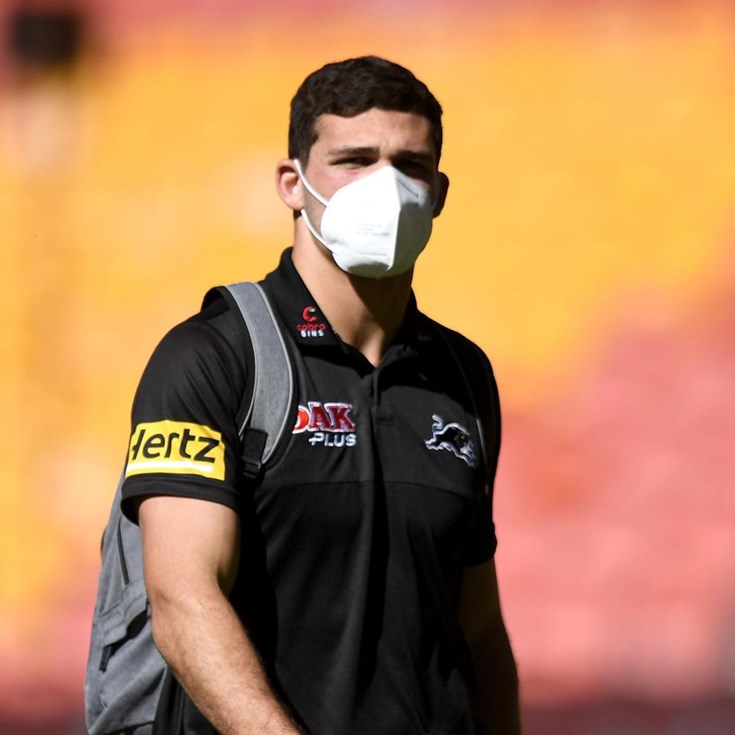