The Warriors will be riding high after snapping a seven-match losing streak by downing the Wests Tigers last weekend.

They're keen to carry on that winning feeling for another week as they face a Sharks side trying to re-group after letting Manly pile 24-unanswered points on them last round.

While the New Zealand club's horror run of injuries has led to their bowing out of the finals race in 2021, they're in the mood to stop other teams from getting there - notably the Sharks who are delicately poised in eighth spot.

Cronulla's coach Josh Hannay laid out the challenge after the 40-22 loss to Manly last week that a seventh year of finals football was in the Sharks hands - they had to keep winning their own games and not worry about anyone else.

Warriors: The Warriors will run out as named on Tuesday, with Edward Kosi the 18th man.

Jazz Tevaga has been moved into the starting side at hooker with Taniela Otukolo sidelined by a knee injury.

Jamayne Taunoa-Brown was omitted from the reserves an hour before kick-off. Jack Murchie and Adam Pompey were omitted on Friday.

The Warriors are aiming for back-to-back wins for the first time in 2021.

Sharks: Jesse Ramien has been named to return from an ear infection while Luke Metcalf replaces Royce Hunt (birth of child) on the bench.

Matt Moylan (calf) was listed among the reserves but given his injury history, he won't be risked by Josh Hannay at this stage of the season.

Billy Magoulias is the 18th man, with Jonaiah Lualua dropping out of the squad on game day.

The Sharks have won eight of their past nine games against the Warriors.

Matt Lodge v Aaron Woods: The Warriors will be on a high after last week and Lodge eager to lay the platform for back-to-back wins having missed the gutsy victory over Wests Tigers. Veteran front-rower Woods will be doing his best to keep Lodge in check.

Cronulla have had the better of the Warriors in recent years - in 16 meetings since 2012, the Sharks have only lost three times, with the heaviest defeat a four-point margin. 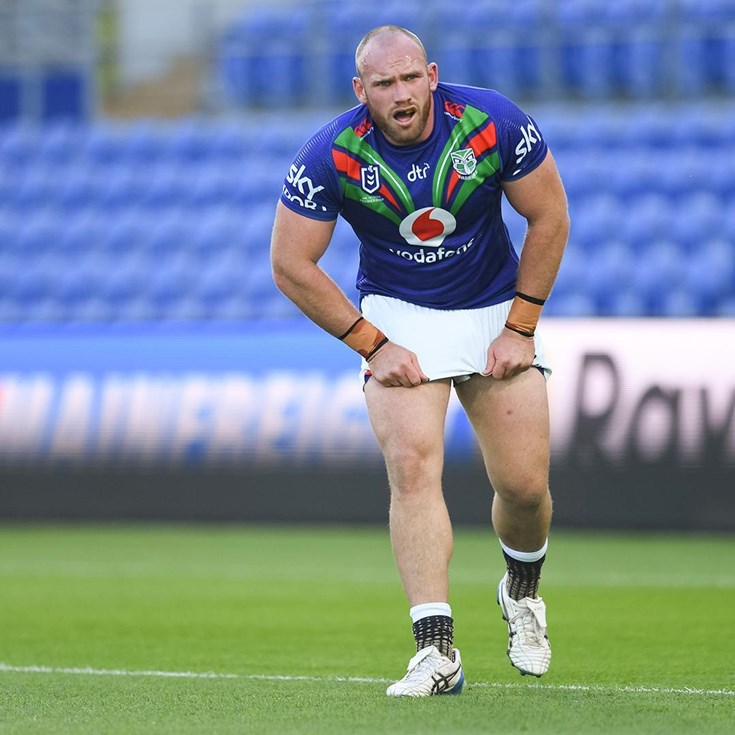