The Rabbitohs rode an emotional rollercoaster last weekend - they put arch-rivals the Roosters to the sword but lost champion fullback Latrell Mitchell for the rest of the season due to suspension.

If the Rabbitohs are to challenge for the title they will need to move on quickly from the loss of Mitchell and work out a game plan to challenge the likes of Melbourne, Penrith and Manly.

The Dragons, meanwhile, slumped to a club record-equalling seventh loss on the trot against the Cowboys and are running low on motivation as they limp to the finish line.

Young guns Jayden Sullivan, Talatau Amone and Tyrell Sloan enjoyed some great moments in Rockhampton and if there is a silver lining for the Red V faithful it's the emergence of this talented trio.

Rabbitohs: Jed Cartwright came into the starting side at prop an hour before kick-off with Patrick Mago reverting to the bench.

Walker and Alex Johnston were omitted 24 hours before the match. Murray was the last man cut an hour before kick-off and Jai Arrow is 18th man.

The Rabbitohs have won their past six games against the Dragons.

Dragons: The Dragons will line up 1-17 with no late changes as they look to avoid a club record eight consecutive losses.

Zac Lomax suffered another fracture to his thumb and will miss the match.

Jackson Ford and Adam Clune were left out on the eve of the match. Cody Ramsey was the last man cut on game day and Kaide Ellis is 18th man.

Dragons winger Mikaele Ravalawa has scored 11 tries in his past 11 games.

Braidon Burns v Jack Bird: The Rabbitohs back-up has shown flashes but a combination of injury woes and the strong form of first-choice centres Gagai and Graham have prevented him nailing down a starting spot. Here he gets his chance to shine against a quality centre with a game based around strong carries and powerful defence who will leave nothing in the tank. Bird, another frequent visitor to the casualty ward, has enjoyed a strong season at the Dragons after enduring a horror injury run at Brisbane.

The Rabbitohs lead the NRL in try assists with 104 for the season, with five-eighth Cody Walker on top of the heap with 33. The Dragons have produced just 64 try assists for the season and their leading man Ben Hunt (13 in 15 games) is gone for the year, leaving them to rely heavily on the enigmatic Corey Norman and rookies Talatau Amone and Jayden Sullivan. 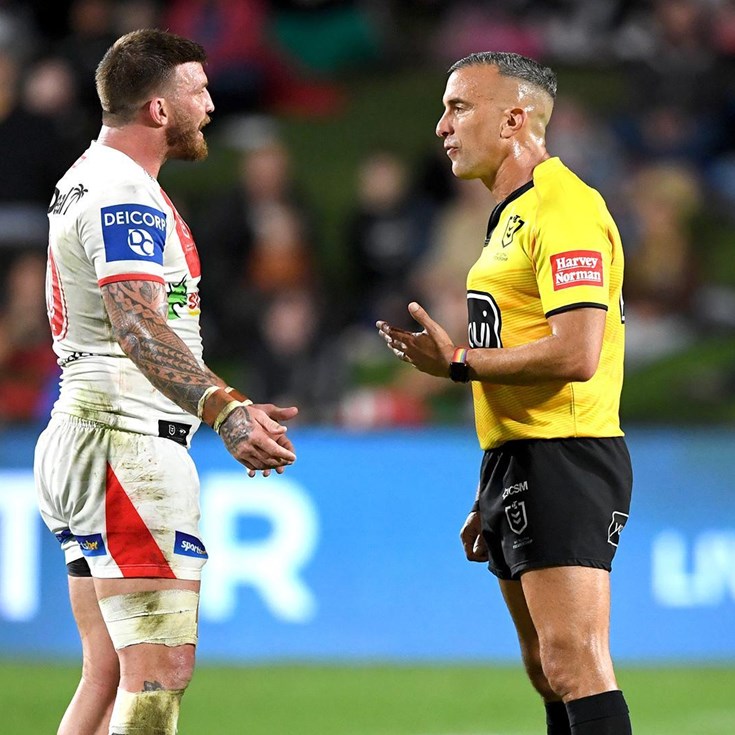