David Fifita has a score to settle when it comes to finals footy after two painful losses during his time as a Bronco.

In his debut season in 2018, the Broncos finished sixth and were belted 48-18 by the Dragons in an elimination final. A year later the scoreline was even more embarrassing, a 58-0 loss to the Eels.

In 2021, Fifita can lay those bad memories to rest with a powerhouse display against the Roosters in another sudden-death showdown on Saturday.

Having used Fifita off the interchange to great effect in six of the past seven games, many expect coach Justin Holbrook to again leave him on the bench and unleash him around the 25-minute mark when the Roosters big men are feeling the pinch.

Fifita charges over in the corner

Or will Holbrook revert to his plan from earlier in the season when the damaging forward was in the starting side in his first 10 matches and scored nine tries.

For & Against - David Fifita should be in the starting side

David Fifita was recruited to the Titans on big coin for just the occasion that presents itself on Saturday in Townsville.

Having pulled off a Houdini act to make it to the finals for the first time since 2016, the Titans need to make every moment count against the Roosters, a team packed with seasoned pros who know what it takes to win in September.

If they let James Tedesco's men get the jump on them as they did back in round 14 at Cbus Super Stadium, their finals campaign will be over before it really begins.

Fifita goes himself for his second

On that day, the Roosters had raced to an 18-0 lead by the time Fifita was injected into the game from the bench in the 32nd minute.

A head knock forced him off for a HIA in the 46th minute and when he came back on at the hour mark the scoreline read 30-16 to the Tricolours.

The Titans launched a remarkable comeback to hit the front 34-30 before some Sam Walker magic got the Roosters home, but the fact they piled on five tries in 17 minutes will give Gold Coast plenty of confidence this week.

That match should also serve as a cautionary tale as to what can happen when strike weapon Fifita isn't on the field from the opening whistle.

If the Titans are to have any hope against a team that won 16 games to their 10 in 2021 and conceded 94 less points in the process, they need to unleash their marquee man from minute one alongside Tino Fa'asumaleaui and Moeaki Fotuaika to put the Roosters on notice.

During the final seven games of the season, Fifita was used predominantly off the bench and came up with some massive numbers in wins over the Dragons, Bulldogs, Cowboys and Warriors.

Get Caught Up: Round 25 must-see moments

With the greatest of respect to those three sides, none of them came within a bull's roar of playing finals, but when the Titans faced big guns Melbourne in round 23, Holbrook got Fifita back into the starting side to match motors with Jesse Bromwich, Christian Welch and Felise Kaufusi.

Fifita played 60 minutes straight before getting a quick breather and then coming back on for the final 13 minutes as Gold Coast gave the Storm a stern test before succumbing 34-20.

When they lost a heartbreaker to the Knights a week later, it seemed the season was over, but when the Raiders and Sharks fluffed their lines last weekend the Titans were gifted a golden opportunity to break their five-year finals drought and they took it in emphatic fashion.

If they are to parlay that into a first play-off victory since 2010, they'll need all their guns firing from the opening whistle, including the young bull Fifita channelling the Raging Bull Gorden Tallis and coming off the back fence.

The stage is set for Fifita to make a statement and the best way to do that is by imposing himself from the kick-off.

What Titian was to the Venetian Renaissance scene in the 16th century David Fifita needs to be to the Titans - expressive and excellent.

The Titans will need a few masterpieces from Fifita if they are to progress deep into the finals, starting with something akin to Diana and Actaeon against the Roosters.

You want Fifita turning possession in good field position into tries. He’s done a darn good job of that by scoring 17 tries and having an NRL-high 150 tackle breaks this year.

Maximum destruction rather than maximum minutes should be the modus operandi when it comes to this Titans terror.

Fifita has spent different parts of the season both starting and coming off the bench. But right now, entering the game at around the 20-minute mark is the way to go.

While he could still play 55-60 minutes as a starter, that would require to use of two interchanges rather than just the one required when the 21-year-old has a face mask on during the opening exchanges.

While he is earning a lot of money, that shouldn’t mean he has to play 80 minutes each week.

He was offered all that money and simply said yes. Once he was in the door it was then the job of Justin Holbrook and his staff to make the best use of his many strengths and minimise the parts of his game that aren’t at the level of other top liners.

In 2021 Holbrook has done a pretty good job of that.

Fermor is now deserving of a starting spot and should at least hold his own against the Roosters if given the chance.

That last thing Fifita should be thinking about when he’s out there is making sure he leaves some petrol in the tank for the back end of the game.

If he can sit out the first 20-25 minutes and come on against a tiring opposition he is perfectly placed. He can get to half-time without using up too much energy, rest again during the break and still be relatively fresh to start the second half.

The potential pitfall is that if Fifita starts on the bench and Trent Robinson’s men blow the game open early it may already be too late when he enters the fray.

But if Gold Coast can match it with the Tricolours in the early exchanges, the arrival of Fifita may have these Titans partying like Titian and co. did in 1529. 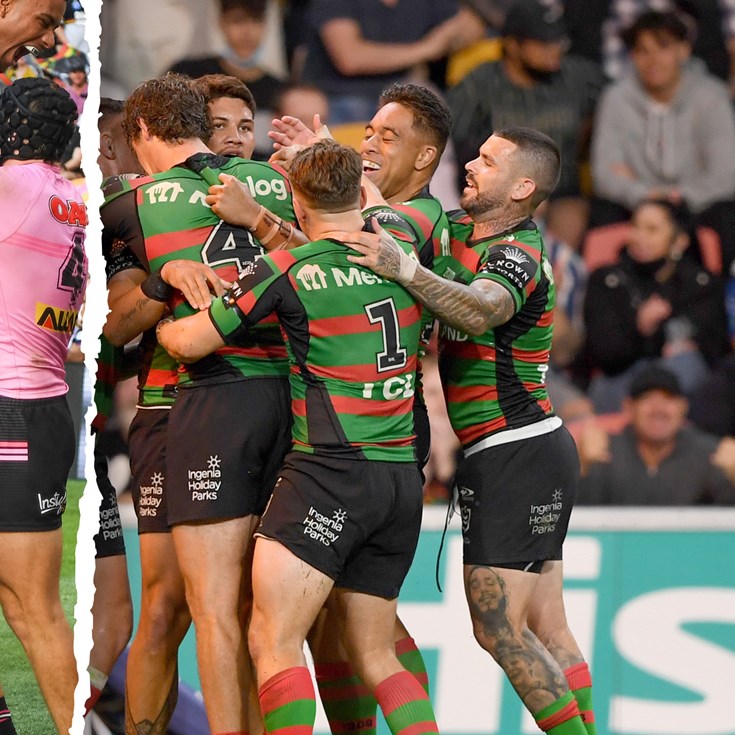 What Fifita's decision means for Broncos and Titans