Everyone knew at the start of 2018 that David Fifita was set to become the first player born this millennium to make his NRL debut.

Fifita was that good that only the NRL's eligibility rules held him back from playing for the Broncos before he had turned 18.

With his 21st birthday on February 25 still more than six months away, Fifita is already regarded as a player to build a club around and Gold Coast's offer to make him the highest paid star in next season's Telstra Premiership is set to have a huge bearing on the future of the club.

It could also have an impact on the future of Broncos coach Anthony Seibold.

If Fifita rejects the offer from the Titans, reportedly worth in excess of $1 million, to stay with Brisbane for around $500,000 less, it would be viewed as an endorsement of Seibold, despite the Broncos having lost six consecutive matches.

It would also be a bitter blow for the Titans, whose image and reputation took a battering when Manly captain Daly Cherry-Evans back-flipped on a lucrative deal to join the club in 2016.

With the Gold Coast's best player Jai Arrow leaving for South Sydney at the end of the season, questions will be raised about why big-name players can't be enticed to the so-called "glitter strip" – even when the club's offer is so much more than their rivals.

Is Fifita worth $1m-plus price tag? Bennett weighs in

However, if Fifita takes up the record one-year deal with the Titans, it will be an indication that the Gold Coast is finally heading in the right direction again under the leadership of Mal Meninga, Dennis Watt and Steve Mitchell.

When Souths were in a similar position in the mid-2000s, the Rabbitohs paid big money for Canterbury prop Roy Asotasi and he helped the club to sign Nigel Vagana and David Kidwell.

The trio played key roles in turning around the fortunes of Souths after decades of struggling on and off the field and set the platform for the Rabbitohs to end their 43-year premiership drought in 2014.

Gold Coast officials are hoping Fifita can have a similar effect and they are comfortable with their huge offer to the former Keebra Park High student, who last season became Queensland's youngest State of Origin debutant since Israel Folua in 2008.

Despite uncertainty about the NRL salary cap for 2021, Titans officials believe Fifita is both affordable and fits in with the playing group they are assembling.

He is close friends with Storm prop Tino Fa'asuamaleaui who has already agreed to move to the Gold Coast next season, as well as highly regarded Titans front-rower Moeaki Fotuaika, injured utility AJ Brimson and rookie playmaker Tanah Boyd.

Family and friends are a focal point in Fifita's life and he wants to pay off the mortgage for his mother, Gwen, who is guiding him in his decision after a split with manager Steve Deacon.

Fifita continues to do the impossible

As he remains contracted to Deacon until December 31, Fifita only wants to do a one-year deal now and make a decision on his long-term future after their agreement expires.

The Titans believe the young group of players he is close to and knows so well from school or Queensland junior representative teams can form the nucleus of what they hope will a be a premiership contending side for years to come.

A forward pack with rising stars Fifita, Fotuaika and Fa'asuamaleaui could be one of the best in the competition.

After three coaches in four years and plenty of other disruptions the Titans are keen to build a side that can replicate or better the success of the 2009 and 2010 semi-final teams.

The signing of Fifita, who played under Meninga in Australia's World Cup 9s team last October, could have a multiplier effect.

Some of those are unlikely to be offered new deals and there is expected to be other movement before the end of the season which would free up further salary cap space.

The future of former Australian Test prop Shannon Boyd, who is contracted for two more years, is under a cloud and it has been suggested that he may leave earlier to pursue farming interests.

Another 11 Gold Coast players are coming off contract at the end of the 2021 season and if the Titans can secure Fifita on a one-year deal now there should be sufficient room in their salary cap to accommodate him on a long-term contract.

While the type of money that Fifita has been offered by the Titans seems excessive, few now question North Queensland's decision to sign Jason Taumalolo on a 10-year, $10 million contract in 2017 or Manly's $10 million deal with Cherry-Evans.

However, if the Titans again miss their target after making such a huge play for Fifita it will again cast doubts over the club's ability to attract big-name signings and compete with the Gold Coast Suns AFL franchise.

Alternatively, should Fifita leave the Broncos, it will raise questions about why he wasn't the centre-plank of their retention plans, with the amount of money invested in fellow forwards Payne Haas, Matt Lodge and Tevita Pangai jnr leaving Brisbane unable to match the Gold Coast's offer.

Former premiership-winning halfback Brett Kimmorley recently told NRL.com that the Broncos had focused so heavily on keeping all of their young talent that it was now impacting on results and would eventually cost them a player of Fifita's calibre.

"They are unfortunately going to have to suffer some pain from their own success because they are going to have to let one of these good young kids go to get the system right," Kimmorley said.

The upside for the Broncos is that they would have 12 months to get it right and lure Fifita back. 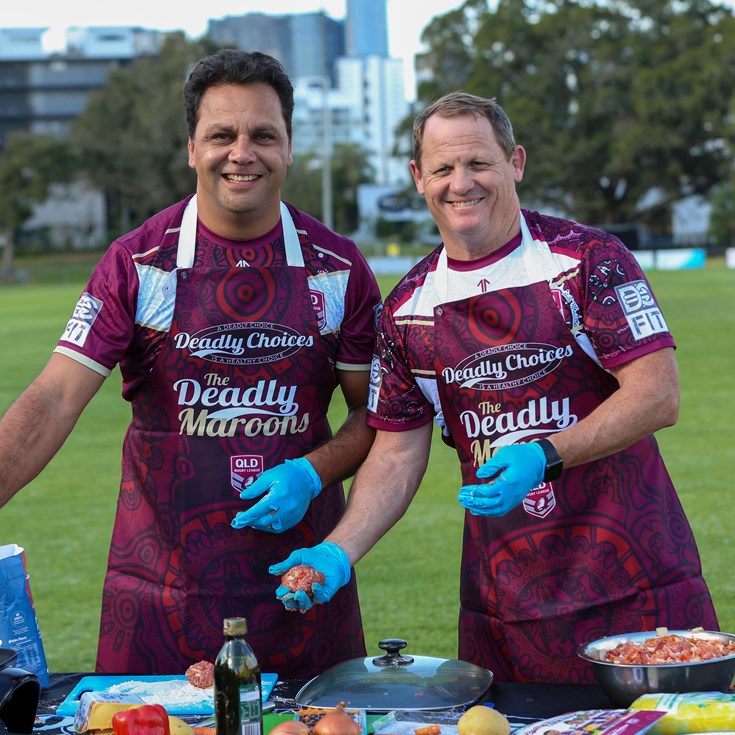 Titans get their man with Fifita signing three-year deal