An entertainer to the very end, Benji Marshall held back tears, cracked jokes and held the room as he called one of the most memorable careers of the modern era.

After 346 NRL games, 19 seasons, 31 Tests for New Zealand, four clubs, five shoulder reconstructions, a couple of premature last hurrahs, one title and a famous flick pass that spoke to hundreds of equally audacious plays, Marshall is officially done - morphing from a teen pin-up to elder statesman along the way.

The 36-year-old confirmed his retirement on Wednesday afternoon on the Gold Coast, 10 minutes from the Keebra Park High School stomping ground where those twinkling toes first came to rugby league's attention.

After more than half a lifetime not just inspiring a generation but holding their attention captive, Marshall's gratitude ran throughout an emotional press conference.

"I've done some good stuff," he deadpanned after watching a career highlights package earlier in the day.

"As rugby league players without the fans we don't get to do what we do.

"We don't get to put on a show for you guys. There's no other feeling like it, running out in front of a packed stadium with fans cheering or booing, there's nothing like it.

"They're the best fans in the world so to you guys thank you. I'll be forever grateful."

Wayne Bennett was reserved special mention for delaying Marshall's retirement twice over. First with a Broncos lifeline in 2017, and then the latest South Sydney swansong this year.

Thirteen seasons with the Tigers will always be the start and end point with Marshall given the indelible impact he had on both the club and code in delivering their 2005 premiership, his freewheeling football inspiring a generation of young fans.

Even with the two ugly exits that led Marshall briefly to rugby union in 2013, and then the Rabbitohs eight years later, no one has made a bigger contribution in the Tigers history.

Bennett's own tribute to Marshall made plain just how big an impact the "young kid from Whakatane" has had, on the veteran coach, the foundation club and rugby league at large.

"I've always gravitated towards him from when I first saw him play," Bennett said, seated next to Marshall.

"On countless occasions I would be over football but I'd want to watch him play.

"Probably the most intimidated I've ever been at a game of football was the first night you played for Souths at [Stadium Australia against the Roosters in March].

"You got up and started to warm up and the crowd started to go off, they wanted you on the field.

"Normally I don't listen to that stuff but they were carrying on for two or three minutes and you kept warming up just trying to get my attention.

"I thought they would've hung me if I didn't put you on. But I love the way the Souths fans accepted you to the club ... that just says what you mean to the game."

With rebirths at first the Dragons, then Brisbane, the Tigers again and finally South Sydney, Marshall has endured across almost two decades in the toughest of sporting competition.

Even with a 37th birthday looming in February, the Rabbitohs had salary cap space set aside for Marshall to continue into 2022 as a halves mentor and bench utility once more.

The Titans too are understood to have expressed interest in a similar role.

When surgeons took a bone graft from his hip to reconstruct his shoulder for a fifth time in 2008, they told him another operation would be the last of his footballing career.

Thirteen years on Marshall finishes with the eighth most games played in rugby league history.

"I am extremely proud of my career," he said.

"But the thing of which I’m most proud is the countless times I have had to pick myself up and fight back from the many setbacks that were thrown at me throughout my career."

It has required a step back from the freakish flourishes that put a teenaged Marshall on the map from his first NRL moments – after his 2003 debut against Newcastle he returned to school at Keebra Park the next day.

The timing of his grand final flick pass to Pat Richards a few years later made it his most memorable, but on any given day similar plays were at least attempted if not landed.

The "Benji Marshall step" first started with him pretending to beat passers by in the street as a young Kiwi kid.

Keebra Park coach Greg Lenton was the one who took in a 16-year-old touch footballer with a "big ugly sidestep that was weird and wacko passes that were not normal".

I feel privileged and honoured with what the game has given me.

Soon enough both were their own entities.

Trials, spats, falling-outs, reconciliations, injuries and simply miles both in the legs and between the ears have matured Marshall along the way since.

"I got a message off my cousin this morning who really summed it up for me," he said.

"I've done a lot of things in my career. I've had a lot of highlights, a lot of proud moments.

"But the thing I'm most proud of is what I was told this morning. That I set a pathway for our family to follow that was different from the normal back home. I gave them something to aspire to, something to chase.

"I made it possible for them - if I could live my dream they could live their dreams, that's what I'll be most proud of." 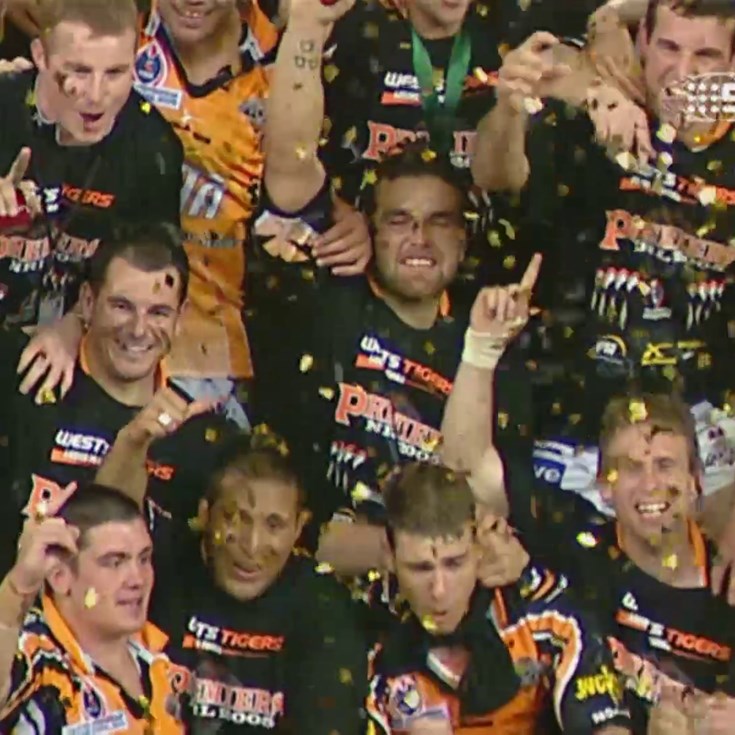