Rarely does a footballer leave the stage on his own terms, savouring glory on the last day of his final season. In 1999, Glenn Lazarus bowed out after a fifth premiership with his third club, to cap a glorious career that spanned 13 years.

In his prime, Lazarus was widely considered to be the world's best prop.

He was the classic front-rower, a man whose number of hit-ups and work rate often had a direct correlation to his team's success.

He provided forward momentum, laying the platform for the outside speedsters to work their magic.

Born in Queanbeyan, Lazarus made his first-grade debut in 1987 for Canberra.

Two years later, he was an integral part of the Raiders inaugural premiership triumph.

The front-rower played in two more grand finals for Canberra, winning in 1990 and losing in 1991, both against Penrith.

A move north saw Lazarus star for Wayne Bennett's Broncos. Consecutive grand final wins over St George gave Lazarus the extraordinary statistic of playing in five consecutive grand finals during a period when he was also a major factor behind NSW's dominance at Origin level.

A broken leg prevented him from playing in Brisbane's successful 1997 campaign, and he played out the final two years of a 244-game first-grade career for the Melbourne Storm.

“He gave us the go-forward we’d never had on a consistent basis. He specialized in the tough going that was Sydney football.”

Party like it's 1999: How Storm upset Dragons to kick off purple reign 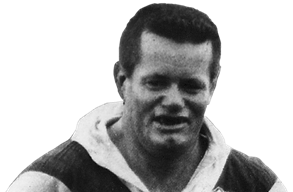 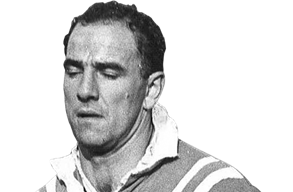