Herb Gilbert made his name as a rugby union centre with South Sydney and won selection for all three union Tests against New Zealand in 1910, scoring two tries in the second Test win and another in the third.

Switching to rugby league in 1911, Gilbert was chosen for the 1911–12 Kangaroo tour, when he appeared in all three Tests and topped the try-scoring list on tour with 20 tries.

His strong running, poise anddefence made him one of the stars of the tour, and he returned to England the following season to join Hull, who paid a then-record price for his services.

In three seasons on Humberside, Gilbert played 114 matches and led them to the 1914 Challenge Cup win over Wakefield Trinity, the first overseas captain to lift the trophy.

He returned to Souths in 1915, played one impressive season with Easts, and then linked up with Wests, where he turned that club into genuine premiership contenders.

Gilbert cut an imposing figure — there were few, if any, opposing backs who could match his impressive physical presence, or his skill.

In 1920, his combination with Viv Farnsworth played a big part in Australia regaining the Ashes.

Gilbert captained Australia in the final two Tests of that series.

He played his final season with the new St George club in 1921, after which he served the Saints as a coach, selector and committeeman for many years.

“Herb had the perfect temperament. I can never recall him getting rattled to the slightest degree.” 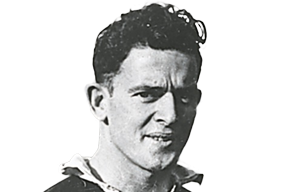