As a youngster John Sattler did not like rugby league, but he was finally persuaded to give the sport a try when he was 16. He joined the Kurri Kurri club, and in 1962 had his first taste of major representative football when he was selected as the lock for Newcastle against Great Britain.

Souths were obviously impressed with his potential, but no one could have anticipated the wonderful impact he would have on the club.

In 1967, he was named first-grade captain, and at the end of that season in which the Rabbitohs won their first premiership in 12 years, he was selected in the Kangaroos team to tour Great Britain and France.

By this point, Sattler had made the transition from lock to the front row, and he led Australia from that position on the tour to New Zealand in 1969 and in the second Ashes Test of 1970.

Sattler captained Souths to four premierships between 1967 and 1971, the most famous from his perspective being in 1970, when he suffered a fractured jaw but told his team-mates to hold him up so the opposition would not know he was hurt.

Incredibly he played through the remaining 75 minutes of the match, which Souths won 23–12, but the injury cost him a place in Australia's World Cup squad, when there is no doubt he was on the short list to be named captain.

“He was the iconic, archetypal Rabbitoh warrior who asked for no favours.” 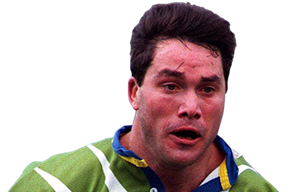