Damien Cook never feels his spot is secure, and it's that mantra that's driving him towards the South Sydney Rabbitohs' No.9 jersey for round one of the 2018 Telstra Premiership.

Cook did his chances no harm with a strong 60-minute stint against Wigan on Saturday night, playing a hand in three of the Rabbitohs' four tries.

The 26-year-old is quietly confident the end of the chopping and changing with Robbie Farah is near after new coach Anthony Seibold declared he wants an 80-minute rake. Whether Cook is the man for the job will come down to the Rabbitohs' Charity Shield fixture in Mudgee.

"I obviously do want to be the number one hooker and will keep working on what I need to do and hopefully hold that position," Cook said after his side's 18-8 win.

"I don't think it's good to never feel safe in a jersey, it's always good to have that competition in a club as well. I want to get to a position where I'm trusted by the team and the coach that it is my position. But you've got to earn the right to do that, being in and out of starting sides.

"Hopefully I get to a time where when he [Seibold] writes the team sheet out I'm one of the one's who he puts down straight away."

Cook can name the players he has competed with over the years in the space of 10 seconds after stints at the St George Illawarra Dragons and Canterbury-Bankstown Bulldogs.

He credits them for shaping his 49-game career, and providing the motivation to never lose hope of finding a sense of security.

"I've always been in competition with other hookers and it brings the best out in me and makes me want to keep bettering myself," he said.

"I probably have to thank all those good quality hookers that I've been up against … Mitch Rein and Cameron King at the Dragons, Mick Ennis and Michael Lichaa at the Bulldogs, Cameron McInnes here and Farah … they're all good quality hookers in the game. It's good they push me along and make sure I work hard."

Off-contract at season's end, Cook said Farah had shown no signs of slowing down and continues to push the Helensburgh junior.

Farah moved to halfback against the Warriors during the 10-point win, before switching back into the hooking role when Cook left the field for a breather after half-time.

"I don't think Robbie has backed off at all, he's won the Dally M hooker twice but over a period of years apart," Cook said.

"It shows how competitive he has been throughout his career. He's just been good to have around. We're different types of hookers but are learning from each other.

"The healthy competition is bring the best out in both of us."

Seibold remained coy on who had their nose in front following the double header victory.

"It's a good battle between the two of them so we'll have to go back and have a look and see where they fit into the group,'' he said.

"They've both had good attitudes during the pre-season and I thought that showed tonight. It's a good problem for the club to have. They're both quality players and they're both putting the team first and we'll have a think about it." 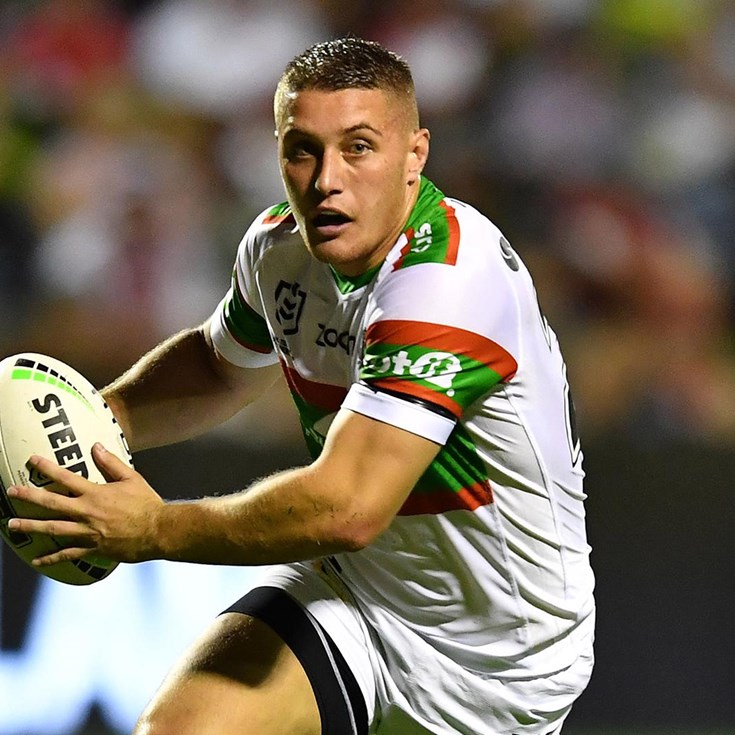