Brisbane Broncos legend Steve Renouf won back-to-back premierships 25 years ago and is tipping the Melbourne Storm to be the first club in the NRL era to do so this season.

Renouf, in this week's NRL Podcast, predicts his top eight for the Telstra Premiership season and explains why he can't go past the Storm as premiers again in 2018.

Renouf told the Podcast that he has been blown away by the Storm's new halfback Brodie Croft who he said would do a good enough job replacing club legend Cooper Cronk.

"When they played against Leeds Rhinos he had a blinder, and I thought it was Cooper Cronk," Renouf said.

"There wasn't too much difference between the two.

"I was watching some of Croft's short passing and it was just like Cooper Cronk. It is like he has studied his game and he has duplicated it.

"He has the same mannerisms and he seems to run that team around and complement Cameron Smith."

Renouf has the Broncos in his top four but provides reasons why they won't win the competition. He has also tipped the Canterbury-Bankstown Bulldogs to be one of the big movers up the ladder this year and reveals why.

NRL CEO Todd Greenberg announced a ninth Immortal would be inducted this year. In a recent NRL.com column, Renouf called for Mal Meninga and Darren Lockyer to be made Immortals. In the Podcast, he states that if one is to be named, then it has to be Meninga and provides his rationale.

Renouf also makes it clear that Broncos star Corey Oates should stay on the wing and not play as a back-rower off the bench for the sake of the makeup of the team.

"I think Wayne [Bennett]will have that conversation with Corey," Renouf said.

He also provides some insights into whether Wayne Bennett will coach the Broncos into his 70s. 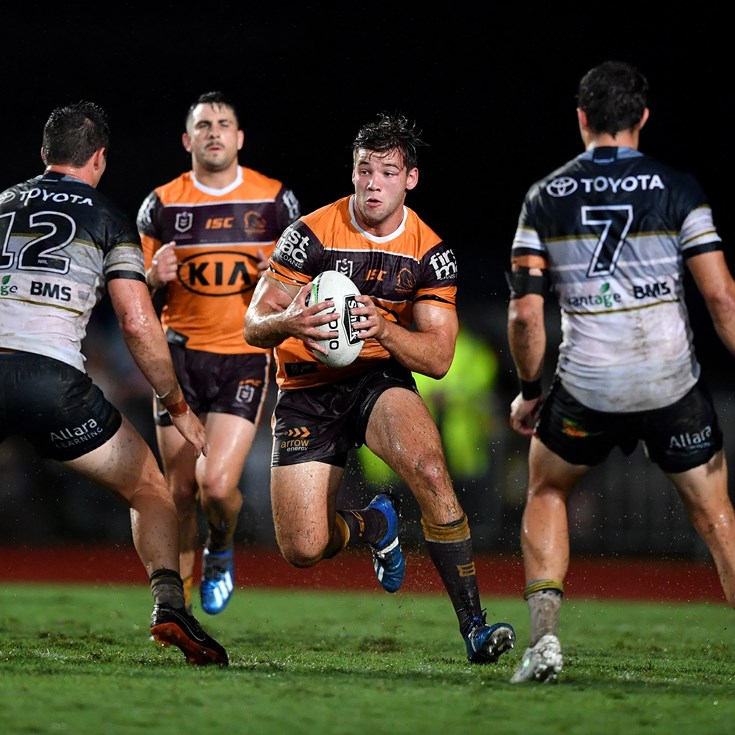 'There is going to be pressure': Croft embraces spotlight