New Canterbury Bulldogs coach Dean Pay has named Moses Mbye as fullback versus the Melbourne Storm at Perth Stadium this Saturday, with Will Hopoate to return to centre.

Aiden Tolman has been demoted to the bench with the arrival of Aaron Woods. Woods will start alongside David Klemmer in the front-row, with Danny Fualalo named at lock. Another debutant will play in round 1, with Jeremy Marshall-King getting the nod from the bench.

With Billy Slater ruled out due to shoulder soreness, Melbourne Storm coach Craig Bellamy has named Cameron Munster at fullback. Initially earmarked to play five-eighth, his shift means Ryley Jacks gets another opportunity in the halves alongside Brodie Croft.

Tim Glasby will start from the bench with Nelson Asofa-Solomona picked at prop after an impressive pre-season. Recruit Sam Kasiano has been named as a reserve by Bellamy with Joe Stimson on the bench.

Canterbury have experienced plenty of turmoil in recent weeks with club chairman Ray Dib's board being voted out in favour of Lynne Anderson's Reform ticket while the tragic death of club legend Steve Folkes last week was a shock to all past and present Bulldogs.

On the playing field, Kieran Foran and Aaron Woods have been brought in to help turn Canterbury's fortunes around while new coach Dean Pay has been tasked with the assignment of bringing the Bulldogs pedigree back to the fore.

Even though the Storm have lost their long-term halfback Cooper Cronk to the Sydney Roosters, they seem to have their usual same formidable look with Brodie Croft slotting into the No.7 jersey. They will be heavy favourites in the second match of the Perth double-header, although they will be without star fullback Billy Slater.

The key match-up: Aaron Woods versus Jessie Bromwich. Two of the best props in the game, they are highly influential and lead their respective sides' fortunes. Woods will be keen to impress his new team mates after an impressive World Cup with Australia and signing on from the Tigers, while Bromwich's footwork at the line and quick play of the balls will help the young Storm pack get go-forward.

For the Storm to win: Melbourne builds pressure better than anyone and will need to stick to the same plan heading into the season opener. They have the best defensive record in the league but can also score points through clever kicking and an up-tempo attack. Despite missing the likes of Cooper Cronk and Jordan McLean, they'll fancy their chances by sticking to the same blueprint - patience and pressure.

For the Bulldogs to win: They'll need their attack to work. Kieran Foran will have a big say, but he'll need Moses Mbye and Will Hopoate heavily involved too. Their forward pack looks solid with David Klemmer, Josh Jackson and Woods providing good go-forward, but it's how their outside backs respond to any attacking opportunities that may influence the outcome.

Storm Stat Attack: The Storm broke the line more than anyone in 2017 with 135 (or 5.6 per game). They skipped through defences all over the pitch with many coming within their own half (23) and also kicked well in attack, scoring the 2nd most amount of tries off the boot last year (21 scores).

Bulldogs Stat Attack: Canterbury struggled in attack but were strong in defence last year. They ranked 2nd in tackle efficiency and 7th in points conceded (455 or 19 points a game). The Bulldogs also stopped most line-break attempts, only giving up 3.5 per game (3rd fewest in the competition).

The Dogs and the Storm both have a 50% winning record in Perth previously. The last time they played in Perth - albeit a different venue - the blue and whites won 40-12 in 2014.

The prediction: Storm by 12. 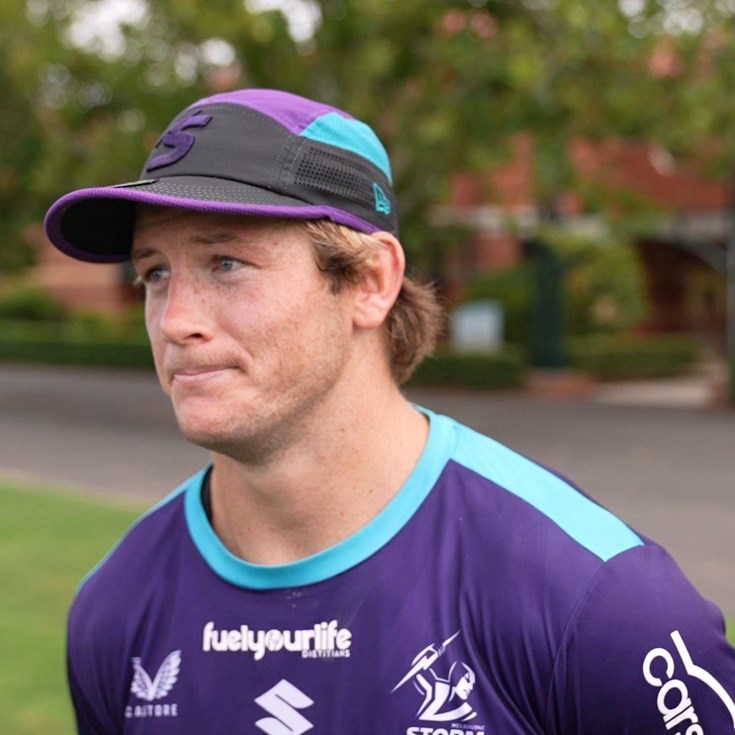