In his weekly NRL.com Podcast, Renouf analyses the three Telstra Premiership games featuring Queensland-based sides in the opening round of the NRL’s 2018 season.

It is the season opener between the Dragons and the Brisbane Broncos that has him most excited, and it is where he believes Hunt will make a positive impact on the Dragons’ attack.

"I used to come down on Ben Hunt with his kicking game here and thought he wasn’t as consistent week-in and week-out…but I love the way he plays when he is on song," Renouf said.

"I think that what he will bring to St George Illawarra is with the attack in their 40 and 50-metre zone. Going back the last couple of years they have struggled in that area where [Gareth] Widdop would get the ball and their option was, even on the third or fourth tackle, to put a kick in.

"You've got to have a go when you're in that area and Hunt will have a go and take the line on. I am looking forward to seeing if he does that on Thursday night."

Renouf said the return of Brisbane hooker Andrew McCullough would make a huge difference to the Broncos chances this season and that he expected new half Kodi Nikorima to up the ante with his game management.

The former Broncos centre has tipped Brisbane to win but is worried about the lack of size and aggression in the forward pack.

Renouf reflects on the great tradition between the Broncos and the Dragons and provides an insight into what was said about him in the so-called "leaked tip sheet" ahead of the 1993 grand final when coach Wayne Bennett told his players that he had stumbled upon Dragons coach Brian Smith’s written assessment of the Brisbane players.

"There were personal hits at each and every one of us," Renouf chuckled.

"We are human beings and rugby league players for God's sake. We have massive egos and we don't like to get them dented."

It emerged later that Bennett had concocted the whole thing in a master ploy.

"It was very smart and got us fired up, but it got Brian Smith fired up on the other side and he wasn't too happy with it afterwards," Renouf grinned.

In the Podcast he also makes his wooden spoon prediction for 2018, explains why he believes Canberra coach Ricky Stuart has made a selection error in his round one team and reveals why he is backing the Broncos, Cowboys and Titans to open their seasons with wins.

Using the NRL app? Click here to listen to the NRL Podcast 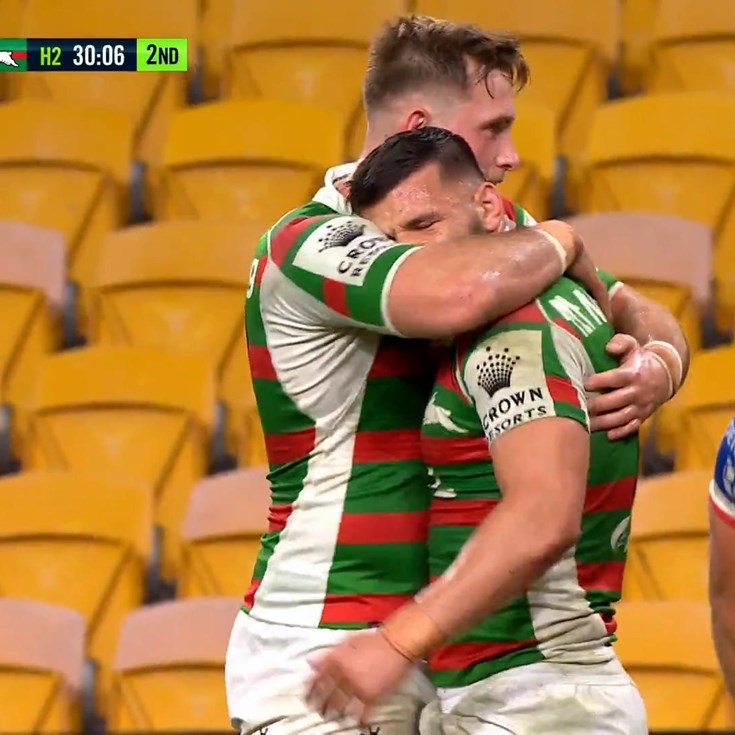 Edge to edge from South Sydney and Mansour crosses