Canterbury Bulldogs forward Adam Elliott has stuck up for his side's attack after they were kept scoreless in the 6-0 loss to the Sydney Roosters at ANZ Stadium on Thursday night.

The Bulldogs were tackled out of the game by the premiership favourites, who defended inside their 20-metre zone for close to 10 extra sets on the goal line.

Elliott credited the Roosters' defensive efforts rather than focus on the Bulldogs' inability to score points in the greasy conditions.

"I don't think many teams would've held us out to zero when we threw so much at them," Elliott told NRL.com after the game.

"You can have a go at our attack but we had a game plan and stuck with it. We built pressure and in this competition, that's the best way to score points ... they were just too good in response.

"Both teams were in the grind and hung in there for play after play. To their credit, they did so well to hold us out. At the end of the second half we had a lot of ball and just couldn't crack it.

"We did all the fundamentals well but it come down to one try and individual skill on their behalf."

Bulldogs coach Dean Pay offered similar comments, arguing his side had made further improvement on their 27-10 victory against the Cowboys in Townsville a week earlier.

"I just thought from where we were last week I thought we improved again tonight, I really did.

"You can never question their effort. Their effort is fantastic. There were three or four times there where you're one pass away from scoring. We got over the line probably four or five times and couldn't get the ball down.

"You jag one of those and it could be a different story."

The Bulldogs have an eight-day turnaround before heading to Penrith for a second clash against the Penrith Panthers within the space of a month.

"The thing is we're getting close," Pay said.

"If we had of played [the Roosters] the way we played tonight in the first month I think we could've jagged another couple of wins. We've improved from that time and that's what we want to do." 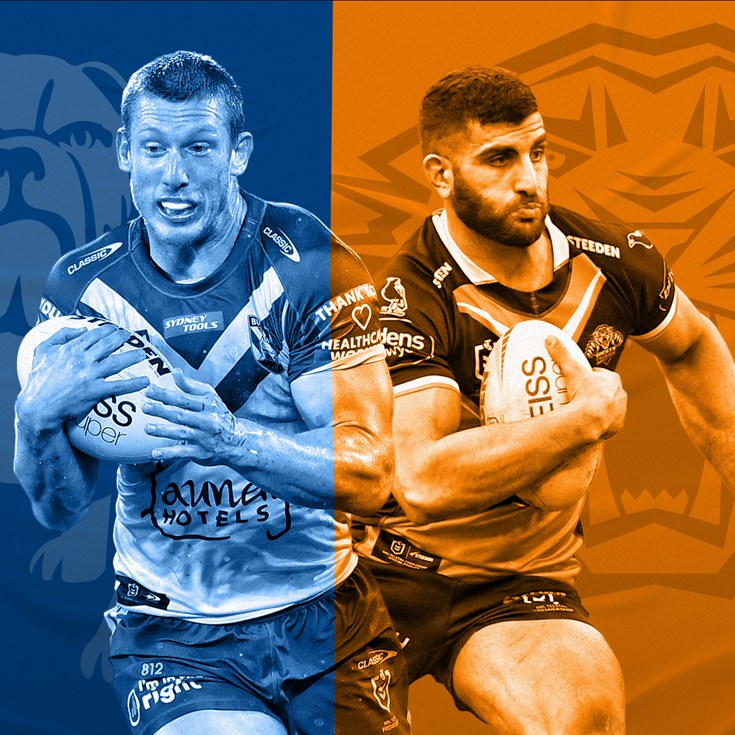