Pay will come under NRL scrutiny after labelling the 79th-minute sin-binning of Moses Mbye as "ridiculous", while his glum "it's like we're not meant to win" assessment of the 22-20 loss at Suncorp Stadium is expected to be interpreted by head office as a crack at the officials' integrity.

Sutton meanwhile has addressed each of Pay's gripes with the Bulldogs coach on Friday morning. When asked about the 49th-minute fumble by Jamayne Isaako that was ruled a knock-back and a "disgraceful call" by Pay, he said he was "really comfortable with the decision to rule knocked back".

"Having a look at the vision you can see where Isaako touches the ball is probably a metre to a metre and a half in front of the 10-metre line and then the ball practically lands on the 10-metre line," Sutton told NRL.com.

"So I'm pretty confident based on that that the ball's gone backwards."

Of the Mbye penalty for pushing Darius Boyd in pursuit of a late kick, with Isaako's resulting penalty securing a two-point win, Sutton said: "It is the correct call. Darius Boyd at no point had the ball, Moses Mbye comes across and intentionally puts two hands on him.

"He's not entitled to contact the player who's going for the ball there and importantly, Darius has never had the ball, so there's no reason to grab him there. It's a deliberate action which does make it a penalty."

Sutton also addressed Pay's issue with David Klemmer being penalised for dissent, claiming the Bulldogs prop had sworn at on-field official Gerard Sutton – brother to Bernard and assistant referee Chris – in audio not heard on the game's broadcast.

The NRL will review Pay's comments over the weekend before determining if any monetary sanction is necessary at the end of round nine.

While Pay has courted controversy for the first time in his nine-game head coaching career, the NRL drew its own line in the sand on coaches criticising the referees during last year's finals.

Cronulla counterpart Shane Flanagan was hit with a $30,000 fine also dubbing a number of calls "disgraceful" in an extra-time loss to the Cowboys.

Manly's Trent Barrett was also issued a $20,000 sanction for declaring a controversial bunker ruling had "cost us our season" a day earlier.

However previous warnings against both Barrett and Flanagan were taken into account in those punishments, as was Flanagan's doubling down of his comments in a separate interview on the Sharks website. 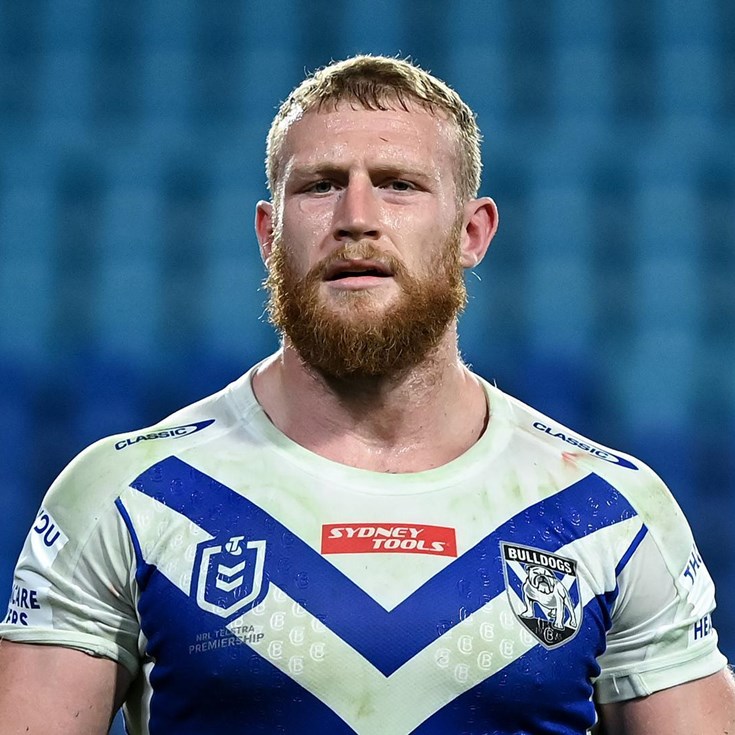 Gould and Hansen: Dogs' dream team or too many Canterbury cooks?