Maroons halfback Ben Hunt and Blues forwards Jack de Belin, Paul Vaughan and Tyson Frizell all got through Wednesday's Origin unscathed and are eager to line up for the round-14 clash with the Dogs.

"With the five-day recovery since Wednesday it's like a five-day turnaround for a club game, so this is the best opportunity to play them," McGregor said.

"The next turnaround is a lot tighter so we'll just see how they pull up after each [Origin] game and see who's available in the lower grades. With the five-day turn this week they've all pulled up really well."

McGregor expects his Origin quartet to lead the way for the Dragons over the second half of the season and into the playoffs.

"We sat down and had a chat about coming back and displaying why you got chosen in Origin, and it's important to display why you're an Origin player," he said.

"Post-Origin tests your character. You can't get comfortable with what you've done. It's what you're about to do."

The second-placed Dragons (9-3) are coming off last week's bye and McGregor is confident they have put the previous week's heavy loss to ladder leaders Penrith behind them.

He said prop James Graham was relishing the chance to take on his former team.

"He'll have an extra spring in his step playing against his old club," McGregor said.

"Everyone has a point to prove, playing against their old club, and he got moved on. We were in the right place at the right time to pick up such a quality person.

"He's a leader of men, a player that came into our organisation that knows how to win and knows how to show the way. He plays with passion and purpose. He talks the talk and walks the walk." 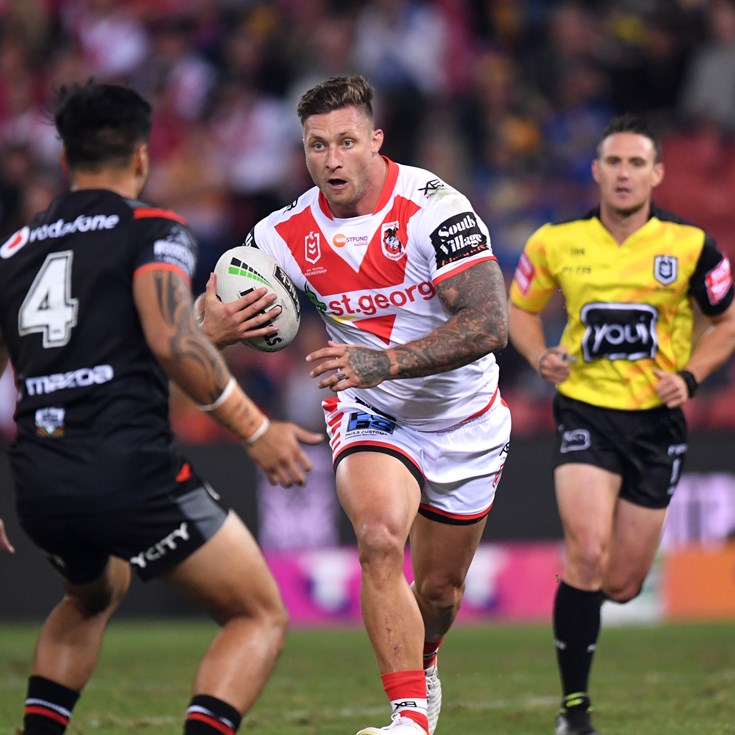 'It would hurt themselves': Players warn referees over industrial action