Manly's latest rookie Manase Fainu is well equipped to handle the soap opera around his delayed debut and the team's 2018 campaign, having once put aside a pre-game car accident to lead the Sea Eagles under 20s into last year's grand final.

Fainu is officially set to play his first NRL game against Penrith on Saturday, with Manly granted the exemption head office denied him a fortnight ago when he was first named to replace Apisai Koroisau, who is out long term with a broken foot.

With controversial utility Jackson Hastings being granted a release on Tuesday and Lewis Brown out with a shoulder injury, Fainu has been given NRL approval to come into Manly's squad with no other recognised dummy-half option available.

A contract upgrade into their top 30 will be required to keep him there when Brown is able to return.

The 19-year-old has caught the eye with his physicality at Narrabeen since training with the senior side this year, but it was his calm head that impressed most when he and three teammates were rear-ended en route to the 2017 Holden Cup preliminary final.

The four Manly youngsters emerged from the prang unscathed and had to hotfoot it to make kick-off against the high-flying Dragons, with Fainu leading from the front in both that upset and their surprise grand final win over Parramatta a week later.

After being crowned the club's best and fairest at 20s level, Fainu caught some of the more established Sea Eagles off-guard, not least back-rower Joel Thompson, when he lobbed for his first senior pre-season late last year.

"I had him in one of the early wrestling sessions over the summer and he kept on beating me in these little drills," Thompson, who is 5cm taller and 8kg heavier than Fainu, told NRL.com.

"I was hating him, wondering who the f--- is this? But he's strong, competitive and I'm looking forward to going out there with him and seeing what he can do.

"He's a talented player, we just have to back him up and get around him. He's a bit different to Api, he's an angry little lad, it should be good seeing how he goes. I'm glad he's got his opportunity."

Fainu joins Taniela Paseka and Tevita Funa, the outside back who was driving that afternoon before the preliminary final, as NRL graduates from last year's Holden Cup premiers.

All three, along with the likes of Addin Fonua-Blake and Moses Suli, hail from Sydney's south-western suburbs, and a part of Manly's conscious shift when it comes to sourcing talent from outside the Northern Beaches for their junior ranks.

Fainu now has the chance to carve out an extended stint in the top flight given Koroisau's lengthy lay-off and the Sea Eagles' slim dummy-half stocks.

Outside back Matthew Wright has been used at hooker since Koroisau's injury, with heavy defeats to the Warriors and Dragons compounding a four-game losing streak.

Dylan Walker's return from a broken jaw offers some respite to Manly's crippling injury toll and pushes veteran half Trent Hodkinson to the bench, where he is tipped to share the dummy-half load with Fainu.

"[Fainu] is a great young talent, he's a tough young kid. He has a good crack," Hodkinson said.

"Api's very important for our team, he gets those forwards rolling up the middle well for us and he's got a good running game as well.

"Chez (halfback Daly Cherry-Evans) and I will have to help the young fella out there a bit but I'm sure we'll be right and training well this week will give us a good chance to get moving forward again." 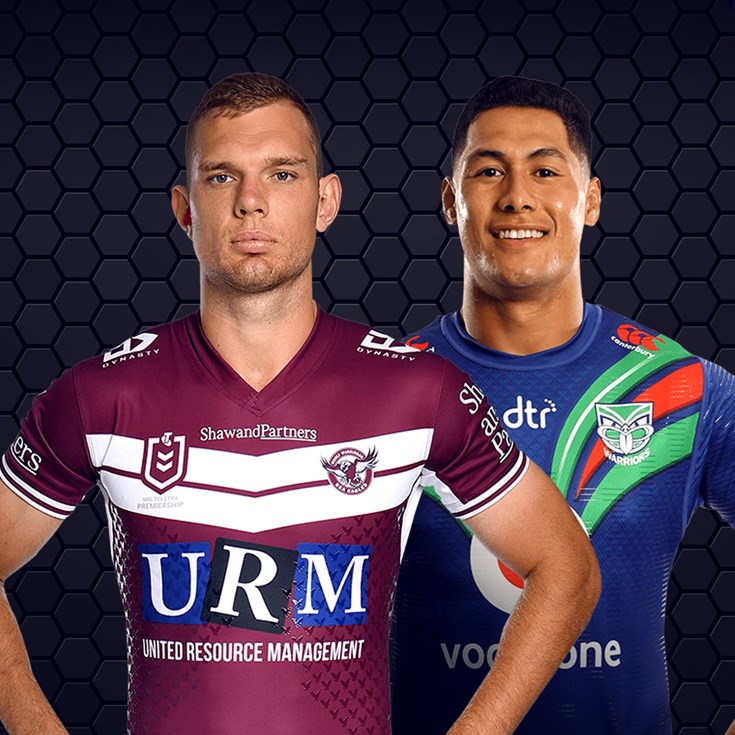 Why Tigers need to stick with Maguire's rebuilding program

Barrett to keep fighting for rookie hooker Fainu to play